Matthew MacWilliams, a PhD candidate in political science at the University of Massachusetts, Amherst, has an article at Politico about a study he did recently to find out what traits defined Donald Trump supporters. And he found that one trait determined whether someone was likely to support Trump: a penchant for authoritarianism. This comes as no surprise to me whatsoever.

That’s right, Trump’s electoral strength—and his staying power—have been buoyed, above all, by Americans with authoritarian inclinations.

My finding is the result of a national poll I conducted in the last five days of December under the auspices of the University of Massachusetts, Amherst, sampling 1,800 registered voters across the country and the political spectrum. Running a standard statistical analysis, I found that education, income, gender, age, ideology and religiosity had no significant bearing on a Republican voter’s preferred candidate. Only two of the variables I looked at were statistically significant: authoritarianism, followed by fear of terrorism, though the former was far more significant than the latter.

Authoritarianism is not a new, untested concept in the American electorate. Since the rise of Nazi Germany, it has been one of the most widely studied ideas in social science. While its causes are still debated, the political behavior of authoritarians is not. Authoritarians obey. They rally to and follow strong leaders. And they respond aggressively to outsiders, especially when they feel threatened. From pledging to “make America great again” by building a wall on the border to promising to close mosques and ban Muslims from visiting the United States, Trump is playing directly to authoritarian inclinations.

But then aren’t all Republican candidates? There’s a ton of research out there that shows that political conservatives fit this description in general. They are strongly authoritarian, strongly reactive to perceived threats from “outsiders,” and react primarily based on fear. This has been the secret to Republican political marketing strategy for decades now. I’d like to know if his study compared Trump’s supporters to, say, Ted Cruz’ or Ben Carson’s. I imagine they would be very similar. 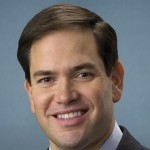 January 19, 2016 Rubio, Reagan and Iranian Hostages
Recent Comments
0 | Leave a Comment
"OnlySky is now live: https://onlysky.media/I am adding Ed to my OnlySky authors shortcuts folder so ..."
Thomas Fitzpatrick Saying Goodbye for the Last Time
"Hi ,for anyone wanting to follow the friendly atheist on Onlysky, it will go live ..."
david coxill Saying Goodbye for the Last Time
"Oh yes.. The privilege of being called names by people who have zero understanding what ..."
Standingbear Gallups: Satan Has Convinced Christians They ..."
"I wouldn't mind idiots saying "Black Lives Matter" IF They Meant it.Clearly that is not ..."
Standingbear Gallups: Satan Has Convinced Christians They ..."
Browse Our Archives
get the latest from
Nonreligious
Sign up for our newsletter
POPULAR AT PATHEOS Nonreligious
1