Like most right-wing politicians these days, Ted Cruz is trying really hard to pretend that he’s a disciple of Martin Luther King, who would agree with him on everything if only he were alive. The attempt is quite pathetic, of course. He invoked MLK during several campaign stops in New Hampshire and even wrote a whole column about it for a website called The Resurgent.

At one of those campaign stops, he had this to say:

Cruz gave his usual stump speech five times, not mentioning the civil rights hero or the holiday once. The only time he addressed MLK Jr. was in response to a question from a voter in Washington, NH who wanted to know if Cruz has any reflections on the holiday.

Cruz used the question as an opportunity to invoke faith and religious liberty.

“If you look at Dr. King, one thing people forget is that Dr. King was Reverend,” Cruz said. “The Letter From Birmingham Jail was addressed to pastors across this country saying stand up and fight for biblical values, stand up and speak the truth. Those are words that desperately need to be heard.”

Well sure, of course. Cruz is a Christian, King was a Christian, so obviously they agree on what those “biblical values” are, right? Wrong. Not even close, in fact. From his column:

There are moments in our national history that have called Americans to bend the arc of history towards justice. Each moment has required exceptional leadership. Today, we commemorate one such leader who illuminated our nation by his courage and dedication to the truth.

Reverend Martin Luther King, Jr. understood the American potential more fully than it was actualized at the time. He challenged the distorted conventional acceptance of a “separate but equal” citizenry.

Instead, he drew upon that promise of our founding that every person is “endowed by their creator with certain unalienable rights.” Reverend King reminded communities across the country that we have a duty to rectify the original sin of our nation and to respect the “dignity and worth of all human personality.”

As opposed to Cruz, who very much wants separate and unequal and works overtime to destroy the dignity and worth of gay people, Muslims, immigrants and anyone else who isn’t just like him.

While we continue to conquer racial bigotry, we cannot neglect the current climb towards justice for all – especially for children.

Just five years after Reverend King’s death, another grave injustice stained our nation. The Supreme Court ruled that unborn children have no right to life. That decision defied the very essence of freedom – without life, there is no liberty. Without life, there is no pursuit of happiness. Yet, since Roe v. Wade, that right has been snatched away from 56 million unborn children.

As Reverend King’s niece, Dr. Alveda King, has rightly stated: “Abortion and racism are evil twins, born of the same lie.” The lie that there is no inherent worth in humanity. The lie that some people do not deserve the chance to become the next musicians, scientists, architects, leaders, and service members. The lie that not every life is equally valuable to our Creator.

Isn’t that funny how he didn’t quote MLK himself being anti-abortion? That’s because he wasn’t. His far-right wingnut niece is, but he wasn’t. In fact, he accepted an award from Planned Parenthood and praised Margaret Sanger, the right’s favorite boogeywoman. If you can’t claim that King himself is on your side, just find some relative of his and that’ll be good enough, right? This is how you convince ignorant people that you bear the mantle of a great civil rights leader while devoting all your time and energy to undermining civil rights. 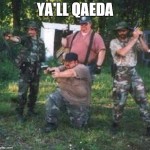 January 20, 2016
Now the Hummer Humpers are Blowing the Shofar
Next Post 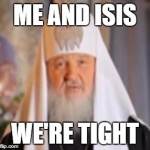