Shoebat Writer: MLK Was ‘Of the Antichrist’

Shoebat Writer: MLK Was ‘Of the Antichrist’ January 21, 2016 Ed Brayton

While most wingnuts are trying everything they can to pretend that Martin Luther King was really just like them, the wingnut’s wingnuts, the fringe of the fringe like our friends at Shoebat.com, are making it clear that, to them, Martin Luther King was a heretic and was “of the Antichrist” because he had a more liberal interpretation of the Bible than their brand of Christian fascism.

In this apostate modern world, there is this almost unchallenged reverence for Martin Luther King. The left wing, humanist media love him. The secular humanist education system fawns over him for inspiration. Godless communists, Marxists and various sorts of Christ deniers see him as inspirational second to Karl Marx, Nelson Mandela and Che Guevara. But what is most tragic of all, is that many Christians without knowing the facts treat him as inspirational almost akin to a Saint or Church Father! Nothing could be further from the truth. It must be pointed out that our Lord Jesus Christ stated: “Woe unto you, when all men shall speak well of you! For so did their fathers to the false prophets.” (Luke 6:26) What must be pointed out is that Martin Luther King from his own writings and confessions, was nothing short of a classic liberal, modernist antichrist and Christ-denier. Every cardinal doctrine that all orthodox Christians hold to was something that he openly rejected or touted as “unscientific”. This is an unavoidable truth…

King as a logical outcome of rejection of any literal belief in Christian doctrine and the Scriptures, naturally had this to say in another of his papers summarizing his unbelief:

“When the fundamentalist comes to the nature of man he finds all of his answers in the Bible. The story of man in the garden of Eden gives a conclusive answer. Man was created by a direct act of God. Moreover, he was created in the image of God, but through the workings of the devil man was lead into disobedience. Then began all human ills: hardship and labor, the agony of childbirth, hatred, sorrow, suffering, and death. The fundamentalist is quite aware of the fact that scholars regard the garden of Eden and the serpent Satan and the hell of fire as myths analogous to those found in other oriental religions. He knows also that his beliefs are the centre of ridicule by many. But this does not shake his faith–rather it convinces him more of the existence of the devil…. Others doctrines such as a supernatural plan of salvation, the Trinity, the substitutionary theory of the atonement, and the second coming of Christ are all quite prominant in fundamentalist thinking. Such are the views of the fundamentalist and they reveal that he is oppose to theological adaptation to social and cultural change. He sees a progressive scientific age as a retrogressive spiritual age. Amid change all around he is willing to preserve certain ancient ideas even though they are contrary to science.” [Emphasis mine] (King, The Sources of Liberalism and Fundamentalism, Vol. 1, p54)

So here we have it from the man himself admitting his ultimate rejection of all Christian doctrine as unscientific and mythological! There is a lot of evidence to prove the scientific nature of the Trinity, the Creation of man, etc. but since King was intent on rejection and being an antichrist, he never bothered to consider it at all.

For the Christian extremist, as for the extremist of any religion, any deviation from their fundamentalist understanding of their religion is not just wrong, it’s heresy, it’s unbelief. They’re worse than atheists, they’re an enemy within. 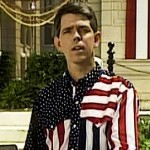 January 21, 2016
David Barton and Those Mythical 'Important Academics'
Next Post 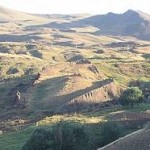