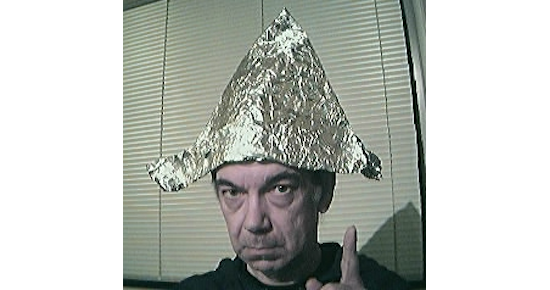 The Worldnetdaily has one of their classic headlines: Obama Talks 3rd Term in White House. Now what he actually said was that he wouldn’t want a third term even if he could have one, that Michelle wouldn’t let him and he thinks there needs to be new people and new ideas in office. They could have put that in the headline, but chose this vague one instead.

President Obama said during a broadcast interview on CBS News he wouldn’t seek a third term in the White House, even if he lawfully could, because his wife, Michelle, wouldn’t allow him.

He also expressed confidence his policies during his presidency would stand – that the GOP would not be able to unravel or dismantle them.

“Number one, Michelle wouldn’t let me,” he said, in half-jest on his reasons for not wanting a third term, even if the Constitution didn’t limit him to two, the Hill reported. “You know, this is a big sacrifice and … a great privilege, but it takes a toll on family life.”

He said the presidency was “a process in which the office should be continually renewed by new energy and new ideas and new insights,” he said during the “CBS Sunday Morning” segment…

“And although I think I am as good of a president as I have ever been right now,” Obama went on, “I also think that there comes a point where you don’t have fresh legs. … That’s when you start making mistakes. Or that’s when you start thinking that you are what’s important as opposed to the mission being more important.”

So why the vague headline? Because they know that most people won’t read the article itself and because they know that most of their readers will see that and immediately think “I knew it! I knew he was going to refuse to leave office! He’s a dictator!” They could make one of those Geico commercials out of this: “If you’re the Worldnetdaily, you use misleading text to play on your readers’ fears. It’s what you do.” 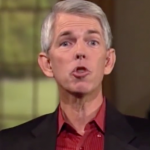 January 26, 2016
Jefferson Would Vote the Same Way as Barton
Next Post

January 26, 2016 SCOTUS Denies Cert in Fetal Heartbeat Case
Recent Comments
0 | Leave a Comment
"Clinton lied under oath, which is a legal crime. Trump has not done so while ..."
eric Trump Admits to Being Guilty of ..."
"I messed up. What I meant to type was "Everyone lies but not everyone lies ..."
creativerealms Fox Anchor: How Can Democrats Get ..."
"Bigly"
Ben Brigs Sekulow Goes on Indignant Rant After ..."
"I guess not."
Synfandel Sekulow Goes on Indignant Rant After ..."
Browse Our Archives
Follow Us!

Nonreligious
Crokin: Tom Hanks to Be Arrested for Child...
Dispatches From the Culture Wars

Nonreligious
Alex Jones Has to Pay $100K in Sandy...
Dispatches From the Culture Wars

Nonreligious
Most Hilarious Conspiracy Theory Ever: Incel Genocide
Dispatches From the Culture Wars