A committee in the Florida House of Representatives heard testimony on yet another anti-abortion bill a few days ago and one of the people testifying in favor of the bill used standard white supremacist rhetoric to support it, complaining that non-white people are outbreeding whites and that’s bad (cue the music of impending doom).


While testifying about the bill, an anti-abortion activist named Paul injected race into the discussion.

“We see the destruction we’re bringing upon ourself as a nation,” Paul opined. “The Muslims, they don’t kill the babies.”

Paul noted that “white people” did not “live on an Island,” and that “the Mexicans” would propagate faster because they did not practice abortions.

“Their race is through the breeding of having families, children,” he explained. “And what happens is once you see the condition we’re in, we’re destroying ourselves and destroying our families, we’ve accepted something in this country that the Creator — that we’re going to pay for.”

“You don’t see us as a culture, as a white culture, pushing this agenda of abortion, women outside the home not having babies, everybody getting more and more and more?” Paul asked the lawmakers. “We’re a sick nation and if we don’t repent then the people leading our government, you are legislating morality by the laws you pass.”

That’s funny, because the usual anti-abortion rhetoric these days is that it’s destroying black people because they have abortions at a higher rate than whites (never mind that in every case, it’s the woman’s choice whether to have an abortion or not). The bill passed the committee by the way. It would ban abortion except in cases of a threat to the mother’s life. 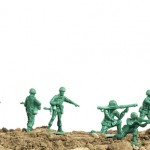 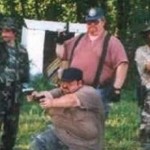 January 28, 2016 Oregon Extremist: It's 'Armageddon' and a 'Bloodbath'
Recent Comments
0 | Leave a Comment
Browse Our Archives
Follow Us!