Add another name to the long list of Christian right extremists who have endorsed Ted Cruz. This time it’s Troy Newman, leader of Operation Rescue. Cruz has formed a new “Pro-lifers for Cruz” committee led by Tony Perkins and specifically promoted the fact that Troy Newman is on that committee. 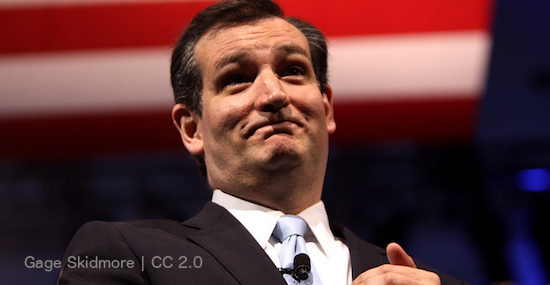 Troy Newman is the president of Operation Rescue, one of the leading pro-life Christian activist organizations in the nation and a founding board member for the Center for Medial Progress. He has been involved in the pro-life community for over 20 years, starting in 1991 as the Operation Rescue West president. He is also a published author, having written Their Blood Cries Out and his most recent book Abortion Free.

Interesting that in the first book, he explicitly calls for the execution of any doctor who performs abortion in order to cleanse the nation of its “bloodguilt” for abortion.

“The United States government has abrogated its responsibility to properly deal with the blood-guilty. This responsibility rightly involves executing convicted murderers, including abortionists, for their crimes in order to expunge bloodguilt from the land and people.”

It seems all the Christian totalitarians are lining up behind Cruz. 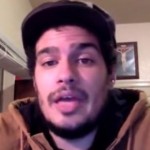 January 29, 2016 Shoebat: Gays Rape and Murder Boys at Southern Decadence
Recent Comments
0 | Leave a Comment
"Agreed! Why would anyone want to listen to this bastard, orphan, son of a whore ..."
The_Schwa Hamilton on Impeachment and ‘High Crimes ..."
"Yes, just like Saint Paul knew the Mind of Jesus.The problem with a 4th rate ..."
Old Harry Kellyanne: MLK Would Oppose Trump Impeachment
"That argument won't reach most Trump supporters. It will be dismissed as fake news."
Chuck Farley Supreme Court Won’t Fast Track Obamacare ..."
"All the way down."
Jezebel'sOlderSister National Archives Censoring Anti-Trump Signs from ..."
Browse Our Archives
Follow Us!

Nonreligious
Dershowitz and Starr Working Together Could Be a...
Dispatches From the Culture Wars

Why There Are So Many Gen Z Atheists
Evangelical Christians preach personal responsibility, but they're unwilling to practice it.
view all Nonreligious blogs
What Are Your Thoughts?leave a comment
Copyright 2008-2017, Patheos. All rights reserved.