Devon Anderson, the Harris County, Texas District Attorney who indicted two of the people involved in the making of those outrageously dishonest undercover videos about Planned Parenthood, did an interview with a local TV station and debunked some of the claims the forced birth contingent are making about the indictments.


“An inconvenient truth of a criminal investigation is that it doesn’t always lead where you want to go,” Anderson says at the start of the video. “Anyone who pays attention knows that I’m pro-life. I believe abortion is wrong. But my personal belief does not relieve me of my obligation to follow the law.”

Anderson dispels some of the misconceptions that have sprung up about her office’s decision. For example, defense attorneys have argued that charging both Daleiden and Merritt with a felony for using fake driver’s licenses is too extreme because young people caught with fake IDs often receive a misdemeanor charge. But Anderson explains that in Texas, using a fake ID from another state is a felony. “That’s the law,” she says.

Anderson also addresses the allegation—repeatedly emphasized by the anti-abortion news site LifeNews—that a prosecutor in her department who is involved with the Planned Parenthood board actively participated in the presentation of this case to the grand jury. “That is simply not true,” she says. She noted that soon after the lieutenant governor asked her department to review this case in August, this particular prosecutor made her relationship to Planned Parenthood known, and the department issued a press release saying she would not be involved in the case.

I am amused at the outrage from the right on this. They’ve raged against Anderson the grand jury and they’ve made specious arguments like those above, but you know what they haven’t done? Disputed the actual legal case against the makers of the films. They will get their day in court and be tried by a jury, with full due process protections. That’s how the system is supposed to work. But for the right, it’s an unjust prosecution merely because they don’t like it, not because they’ve actually disputed the legal claims against them.
Previous Post 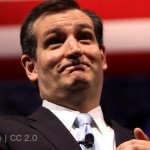 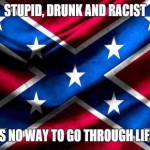