Is an Indifferent Universe Frightening or Liberating?

Is an Indifferent Universe Frightening or Liberating? February 13, 2016 Ed Brayton

My good friend Dale McGowan has an eloquent and inspiring message for Valentine’s Day that offers love, romantic or otherwise, as the solution for what he terms the “crushing universal indifference” of a world with no god. And while I certainly agree with him about the importance of love in all its forms, I have a different take on that indifference. 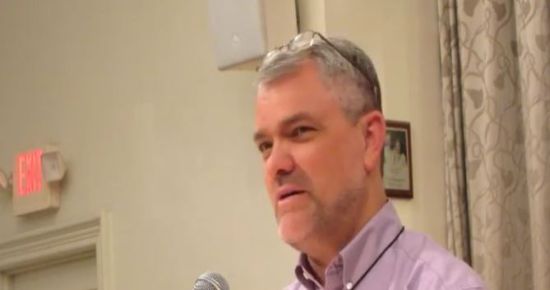 The loneliness and isolation of being a feeling thing in an uncaring universe can be devastating. There was a time when I felt the cosmic snub intensely for three years running. It helped me understand why people are drawn to the idea of a loving God, an insight I’ve never forgotten. It solves not just the problem of mortality, but that crushing universal indifference.

If you’ve ever been there, felt that cold isolation, then had someone smile at you or say something kind, you surely remember the sudden, shocked awareness that some small piece of the world, if only for a moment, was not indifferent to you. It washed over you like a warm bath.

I sure remember. If you’ve never felt it, take my word, holy cow. I’m sure it saves lives.

I haven’t felt that isolation or those moments of respite in 25 years, since one piece of the universe put me at the center of her concern and let me return the favor. It’s not possible for me to take it for granted, not for a day.

The cure doesn’t have to be romantic love. Any indication that it matters that you are here, and that your absence would be deeply felt, does astonishing things for the human heart. And no matter what you believe, it comes most powerfully from other people — who are after all in the same shoes.

He is speaking here of his wonderful wife, Becca, and, having met her, I can confirm how lucky he is to have her. But I’ve always had a different take on this idea of an indifferent universe. Unlike so many, I have never found the idea of a godless, indifferent universe to be terrifying or depressing in any way. I’ve never felt that sense of existential dread that I hear others speak about. If anything, the opposite is true.

I find the fact that the universe is indifferent to us to be liberating, not frightening. What I find frightening and depressing is the opposite, the notion that there is some supernatural being that has charted our entire life out for us, that demands our worship and our obedience and punishes us if we don’t give it. That idea fills me with existential dread. It makes us mere puppets on a string, existing or not existing, being happy or miserable, healthy or sick, at the mere whim of this deity of dubious morality and motive.

I would much rather live in an indifferent universe than one governed by such a being. I would much rather be allowed to create meaning in my own life rather than have it thrust upon me against my will. And that still leaves the rest of Dale’s thoughts on the importance of love and human interaction very much intact. We do need such interaction and it does give meaning to our lives in a way that almost nothing else can. And it need not be romantic love at all. The love and concern and empathy and support of our friends and family has an importance that surpasses virtually everything else, at least to me. That, and not some celestial tyrant, is what makes life worth living.

February 13, 2016
Bryan Fischer and the Water Canopy
Next Post

February 13, 2016 Jewish Gun Group Condemns Nugent
Recent Comments
0 | Leave a Comment
Browse Our Archives
get the latest from
Nonreligious
Sign up for our newsletter
POPULAR AT PATHEOS Nonreligious
1