One of the defenses weapons-grade asshole Ted Nugent has given for his anti-Semitic posting on Facebook is that he can’t be anti-Semitic because he was friends with the guy who founded Jews for the Preservation of Firearms Ownership. But that group has now condemned Nugent on its Facebook page:

We are appalled at the insensitivity of Ted Nugent’s recent comments on Facebook and elsewhere. The deeply anti-Semitic comments and prominent positioning of the Israeli flag imagery as a tool of anti-Semitic identification combine to leave us deeply disturbed.

While Nugent has long been known for outrageous and offensive statements, these latest comments place Nugent clearly over the line.

But you’ll pardon me if I point out how ridiculous it is that it took this for them to finally think he went over the line. Saying he wanted to shoot and kill Hillary Clinton? No problem. His constant sexist attacks on women? Pffft, who cares. His violent and savage attacks on Obama? No big deal. But now suddenly he’s crossed the line. Give me a break. 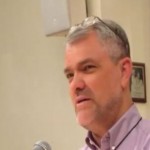 February 13, 2016
Is an Indifferent Universe Frightening or Liberating?
Next Post

February 13, 2016 Justice Scalia is Dead
Recent Comments
0 | Leave a Comment
"Ah, wouldn't this violate the new laws being passed about making white kids uncomfortable? They ..."
SPRuis Legislators Pushing Bible Courses in Public ..."
"There is also the factor that "Bible literacy" courses being taught are unfair to other ..."
Hominin Legislators Pushing Bible Courses in Public ..."
"OnlySky is now live: https://onlysky.media/I am adding Ed to my OnlySky authors shortcuts folder so ..."
Thomas Fitzpatrick Saying Goodbye for the Last Time
"Hi ,for anyone wanting to follow the friendly atheist on Onlysky, it will go live ..."
david coxill Saying Goodbye for the Last Time
Browse Our Archives
get the latest from
Nonreligious
Sign up for our newsletter
POPULAR AT PATHEOS Nonreligious
1