I love this story. A Democrat in the Kentucky state legislature has submitted a bill requiring men to get the approval of their wives before getting a prescription for Viagra. And they would have to sign a pledge that they will only use it within the boundaries of marriage.


Kentucky men would have to visit a doctor twice and have signed permission from their wives before obtaining a prescription for Viagra or other such drugs for erectile dysfunction, according to a bill filed by a state legislator Thursday.

Rep. Mary Lou Marzian, a Louisville Democrat, the sponsor of House Bill 396, said it is merely an effort to protect men’s health and ensure they are informed about a drug with potentially dangerous side effects.

“I want to protect these men from themselves,” said Marzian, a nurse.

HB 396 also specifies that only married men may obtain the drug and requires “a man to make a sworn statement with his hand on a Bible that he will only use a prescription for a drug for erectile dysfunction when having sexual relations with his current spouse.”

“This is about family values,” Marzian said.

But she acknowledged the bill is a pointed response to several anti-abortion measures in the current legislative session, including Senate Bill 4, which requires a woman seeking an abortion to get counseling 24 hours in advance of the procedure from a health professional. The counseling must be in person or via live telecommunications.

February 14, 2016
A Longer Take on the Death of Justice Scalia
Next Post 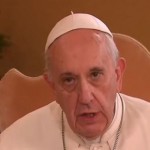