Dinesh D’Souza was once actually a fairly respected conservative intellectual. His early books were serious and relatively scholarly. Now he’s a second-rate polemicist on the level of your typical right-wing radio talk show host. Thus his new movie, which blames Democrats for racism and thinks history stopped in the 1950s. 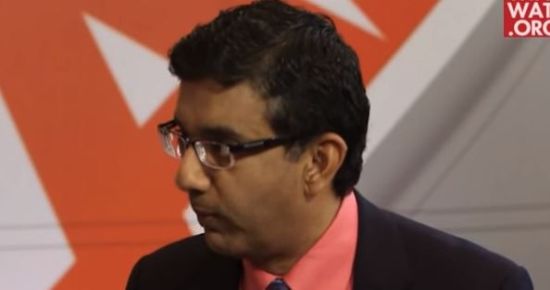 In his discussion with Beck, D’Souza explained exactly how the Democrats have been able to hide their crimes by blaming them all on “the South.”

“What the Democrats did is they took all their crimes and re-labeled it ‘the South,'” he stated. “And so by re-labeling it ‘the South,’ they forced southerners into a defensive position because southerners thought, ‘We did the Klan, we did slavery, we did all these things.’ So then the southerners become defensive about all that and that’s why there is all this defensiveness about the Confederate flag. These were not southern crimes, they were crimes of the Democratic Party, the northern Democratic Party protected slavery as vehemently. So the Democrats created a situation where they could hide it and they could make our team hide it too and they had a beautiful thing going until it’s now time to break up that picnic.”

*yawn* A claim we’ve heard a million times and still absolute nonsense. It ignores the huge party shift in the 1950s and 60s, as if history just magically stopped then. But when you look at the votes on the Civil Rights Act, you find that the dividing line was not between Republican and Democrat, it was between North and South. Virtually all of the votes against it were cast by legislators from the South, both Republican and Democrat. And in the aftermath, most of those Southern Democrats — the Dixiecrats — switched parties because the Republican party had become the anti-civil rights party by then. And it still is. Anyone who thinks the GOP is still the party of Lincoln is living in a fantasy world.

March 7, 2016
No, Judge Garland Is Not Going to Be Nominated
Next Post 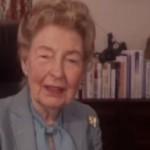 March 7, 2016 Jones and Schlafly: Trump Smells Like Reagan
Recent Comments
0 | Leave a Comment
"Hi ,for anyone wanting to follow the friendly atheist on Onlysky, it will go live ..."
david coxill Saying Goodbye for the Last Time
"Oh yes.. The privilege of being called names by people who have zero understanding what ..."
Standingbear Gallups: Satan Has Convinced Christians They ..."
"I wouldn't mind idiots saying "Black Lives Matter" IF They Meant it.Clearly that is not ..."
Standingbear Gallups: Satan Has Convinced Christians They ..."
"The ironic thing is.. Black lives Clearly do not matter.Why else would you ignore the ..."
Standingbear Gallups: Satan Has Convinced Christians They ..."
Browse Our Archives
get the latest from
Nonreligious
Sign up for our newsletter
POPULAR AT PATHEOS Nonreligious
1