Phyllis Schlafly, the grand old ignorant hypocrite of the conservative movement, went on the Alex Jones show and the two of them had a mutual love session for Donald Trump. They rather bizarrely claimed that he “smelled like” Ronald Reagan, a man with whom he has almost nothing in common. 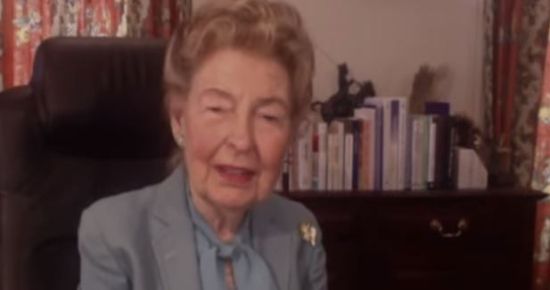 “Does he smell like Reagan to you?” Jones asked.

“Yes he does,” Schlafly said. “He’s just a guy who is not intimidated by the establishment and we like that. I like him especially because he made immigration the top issue, and nobody else wanted to talk about it except Ann Coulter.”

Wait, Trump smells like Brylcreem and Old Spice? It’s especially amusing that Schlafly would specifically mention immigration while comparing Trump to Reagan because Reagan was a clear advocate of amnesty for those who came here illegally and pushed for the passage of a law that granted that amnesty to millions of people. But as always, the real Ronald Reagan bears no resemblance at all to St. Ronald the Magnificent, an empty canvas on which they paint all their hopes, dreams and beliefs. 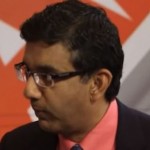 March 7, 2016 Bryan Fischer Will Campaign With Ted Cruz
Recent Comments
0 | Leave a Comment
Browse Our Archives
get the latest from
Nonreligious
Sign up for our newsletter
POPULAR AT PATHEOS Nonreligious
1