What the Sanders Upset in Michigan Means

Bernie Sanders won a shocking upset over Hillary Clinton in Michigan, where she was expected to win by 15 or 20 points. There had never been a single poll showing him in the lead and nearly every poll showed her with a huge lead, so much so that it was treated as a given. And then he won. So what does it all mean?

The obvious answer is that we don’t know. But we do have to ask how in the world the polls were so far off. Nate Silver noted that you have to go all the way back to the 1984 New Hampshire primary to find a contest where the difference between the polls and the outcome were even close to that large. In that primary, the polls had Walter Mondale up by 17 and Gary Hart won by 9. This was a more than shocking result. You probably could have gotten 1000-1 odds betting on Sanders to win Michigan.

So why were the polls so far off? I think there are two reasons. First, Michigan has an open primary and the polls were of likely Democratic voters. They did not count independent voters who might support Sanders in the primary. Second, a lot of the polls were of landlines only, no cell phones. We know that such polls strongly skew toward older voters and leave out younger voters, so they would obviously undercount Sanders voters. Combine those two things and I think that largely accounts for the shocking upset. But the key question is the one asked by Harry Enten of Five Thirty-Eight:

The question I am asking myself now is whether this means the polls are off in other Midwestern states that are holding open primaries. I’m talking specifically about Illinois and Ohio, both of which vote next Tuesday. The FiveThirtyEight polling average in Illinois gives Clinton a 37 percentage point lead, while the average in Ohio gives her a 20 percentage point lead. If Michigan was just a fluke (which is possible), then tonight will be forgotten soon enough. If, however, pollsters are missing something more fundamental about the electorate, then the Ohio and Illinois primaries could be a lot closer than expected.

There’s no way Sanders wins Illinois, that’s her home state and she has such a huge lead. But what if Sanders wins Ohio? Or Pennsylvania? The southern states where Clinton won by huge margins have already voted and now we’re on to places where Sanders is at least within reach. But here’s the problem for Sanders: All of the states have proportionality in delegates, so even if he wins by a good margin, he doesn’t actually gain all that much in delegates. Even after his massive win in Michigan on Tuesday night, he actually fell further behind in delegates because Clinton won Mississippi by almost 70 points and got most of the delegates from that state and was nearly even in Michigan.

It’s harder to come from behind with proportional delegate splits. In the Republican race, there are two huge states that are winner take all, Ohio and Florida, which makes it easier to make a comeback if you win one of those states. But the win in Michigan is big psychologically and for the media narrative. And if Sanders can pick up an Ohio or a Pennsylvania, it becomes a whole different race. 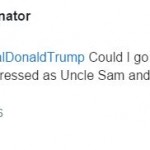 Nonreligious
Three More Members of 'The Base' White Supremacist...
Dispatches From the Culture Wars
TRENDING AT PATHEOS Nonreligious

Dershowitz Argued Opposite Position on Abuse of Power...
Lawrence Tribe blew the whistle on the rank hypocrisy of his Harvard...

More Dumb Demons in 'This Present Darkness' (LSP...
In this installment, we find more characters who aren't nearly as smart...
view all Nonreligious blogs
What Are Your Thoughts?leave a comment
Copyright 2008-2017, Patheos. All rights reserved.