A few days ago, a reporter from Breitbart.com named Michelle Fields was physically assaulted by Donald Trump’s campaign manager Corey Lewandowski. A Washington Post reporter witnessed it and she has the bruises to prove it. But Breitbart has refused to back up their reporter, leading their spokesman to quit his job and accuse them of lying. 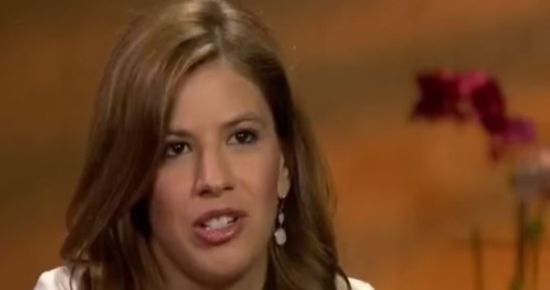 DON LEMON (HOST): What led you to quit?

KURT BARDELLA: I just disagree with the course of which they’ve been covering this, and how they’ve treated Michelle. I think that they’ve been looking for a reason to disprove something, when all the evidence from a Washington Post reporter’s firsthand account, to the bruises on Michelle’s arm, to all the photos and video clips that we’ve seen strongly suggest that Corey Lewandowski, Donald Trump’s campaign manager was the one who did this. And there’s no reason to never support your own reporter.

LEMON: Are you saying they’re lying?

BARDELLA: Yes, I am.

LEMON: Alright. And you’re saying they’re lying. Have they lied all along about certain things, to your estimation?

BARDELLA: I think that as this unfolded, you know, in the immediate aftermath, I don’t think anyone knew all of the details of what happened. It was obviously a very chaotic, emotional situation, people are in different locations. But I think that as it progressed, and as the evidence became more clear, there seemed to be resistance from Breitbart in supporting Michelle. And it’s just something I just couldn’t understand. I certainly don’t agree with it, and again, I think for me the right thing to do was to try to, extricate myself from a situation I didn’t feel comfortable with anymore.

LEMON: Mr. Bardella, why would they not support her, and support the Trump version of the story?

BARDELLA: Because I think that they’ve — when you’ve gone all in so much for a candidate, when you have that kind of skin in the game, you don’t want to see that derailed.

BARDELLA: I think it’s been very obvious in the coverage, and again, I don’t think they’ve hidden that, or they would dispute that. They’re are very much pro-Trump, which is personally also something I have an issue with. I’m not pro-Trump. I think that Donald Trump has been a disruptive force in the political and public rhetoric, the discourse of the conversations running the presidential campaign has deteriorated. You are seeing violence and it’s not just an isolated incident. It’s a pattern of behavior, and not — whether it’s a reporter, whether it’s just a spectator, whether it’s a supporter or opposition, nobody is safe. And at what point does somebody draw the line and say enough is enough, and take responsibility for that? You had Donald Trump on not that long ago. He doesn’t take responsibility from it, and it’s completely unbecoming for the president of the united States.

BARDELLA: Donald Trump makes me embarrassed to say that I’m a Republican.

As well he should. But you should have been embarrassed to work for a vile rag like Breitbart.com long before this incident. Fields has now filed a police report over the incident.

March 14, 2016 The Newest Superhero: Prayer Woman!
Recent Comments
0 | Leave a Comment
Browse Our Archives
get the latest from
Nonreligious
Sign up for our newsletter
POPULAR AT PATHEOS Nonreligious
1