In Mormonism, the White Horse Prophecy is an alleged declaration from Joseph Smith that someday the Constitution would be hanging by a thread and Mormons will step forward to save the country. While campaigning in Utah, Glenn Beck has been telling Mormon voters there that they can fulfill that prophecy by voting for Ted Cruz.

Beck spent all last week declaring that God has spent the last 10 years preparing and sanctifying his audience to rise up at this very moment and save the republic by electing Ted Cruz as president. But when he went to Utah, Beck made it unmistakably clear to his fellow Mormons that God is using them to save America because evangelical Christians “are not listening to their God,” a reference to southern evangelical Republicans who have voted for Donald Trump.

When Beck spoke at a rally for Sen. Lee’s re-election in Draper on Saturday, he explicitly invoked the language of the White Horse Prophecy.

“It’s something that Utah needs to hear,” he said. “The body of the Priesthood is known to stand up when the Constitution hangs by a thread. I am a convert to the Church of Jesus Christ of Latter Day Saints in 2000. What attracted me was not only the truth of the message, but also the people like President [Harold] Lee and President [Ezra Taft] Benson, who knew exactly who we were, knew who we were as a country. Many times, what held me through was the prophecy that the Constitution will hang by a thread and this people would remember what our founders did. It is our responsibility to stand for the Constitution!”

Even the LDS church itself says that this “prophecy” has never been confirmed, but that obviously is irrelevant. That Beck believes it is just more evidence that his connection with reality is so tenuous as to be non-existent. That he thinks that Cruz would be anything but a danger to the Constitution only confirms that. 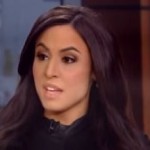