Beck Again Debunked By His Own Website April 1, 2016 Ed Brayton

This has happened many times and it never stops making me laugh. Glenn Beck picks up on some little “fact” and goes off on a rant about it, then he gets debunked by his own website. This time he went off about George Soros donating money to John Kasich’s Super PAC to sow chaos at the Republican convention. Then The Blaze reported that Soros didn’t donate a dime.

On his radio show last week, Beck declared that Soros was backing Kasich in an effort of foment a brokered Republican convention, all for the purpose of sowing chaos.

“I know this,” Beck said, “Soros, like the imams over in Iran, like the people over in Europe that are, what is it, The Coming Insurrection people, like Occupy Wall Street, like Black Lives Matter, they all want one thing, and that is chaos.”

On his television show that night, Beck even hauled out his trusty chalkboard covered with a drawing of an octopus to highlight “the tentacles of George Soros” that now reached all the way into the Kasich campaign.

Neither progressive billionaire George Soros — who has bankrolled numerous far-left initiatives and Democratic political campaigns — nor his company has spent money to support the campaign of John Kasich for president.

Still, numerous conservative news sites have pointed to campaign finance watchdog Center for Responsive Politics, which lists the Soros Fund Management company as a prominent supporter of the of Kasich super PAC New Day for America, with $200,000 in donations. In some cases, the news accounts presented Soros as backing Kasich to cause mayhem in the Republican presidential primary — to either draw votes from front-runner Donald Trump or Texas Sen. Ted Cruz.

However, the firm Soros Fund Management did not give money to the Kasich super PAC. Rather, a one-time top-ranking executive, Scott Bessent, made two separate $100,000 donations to New Day — one on Oct. 21 and second on Dec. 8, according to the Center for Responsive Politics.

Bessent was the chief investment officer for Soros Fund Management. A Soros Fund Management spokesman who did not provide his name told TheBlaze, said, “Scott Bessent doesn’t even work here any more, which is neither here nor there.” The spokesman angrily asserted that the firm itself did not contribute to the Kasich PAC.

I love that they mention that many conservative news sites have made this false claim, but don’t mention that this includes the guy who pays their salaries. 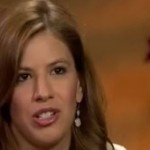 April 1, 2016 The Dumbest Lewandowski Defense
Recent Comments
0 | Leave a Comment
"Hi ,for anyone wanting to follow the friendly atheist on Onlysky, it will go live ..."
david coxill Saying Goodbye for the Last Time
"Oh yes.. The privilege of being called names by people who have zero understanding what ..."
Standingbear Gallups: Satan Has Convinced Christians They ..."
"I wouldn't mind idiots saying "Black Lives Matter" IF They Meant it.Clearly that is not ..."
Standingbear Gallups: Satan Has Convinced Christians They ..."
"The ironic thing is.. Black lives Clearly do not matter.Why else would you ignore the ..."
Standingbear Gallups: Satan Has Convinced Christians They ..."
Browse Our Archives
get the latest from
Nonreligious
Sign up for our newsletter
POPULAR AT PATHEOS Nonreligious
1