J. Christian Adams is a former DOJ attorney turned braying bigot. On Fox and Friends he was upset about an ordinance in Madison, Wisconsin that says you can’t discriminate against atheists in housing, employment or public accommodations. Such discrimination is just fine, he says because the Bible demands it. 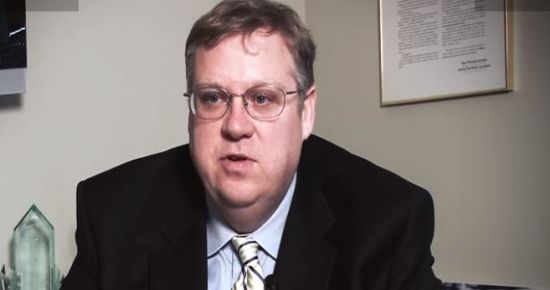 According to J. Christian Adams, the campaign to pass the ordinance was spearheaded by the Freedom From Religion Foundation, a “very powerful” group that “hectors governments to pass anti-Christian, anti-religious ordinances. They team up with government, for example, they were behind getting the IRS to monitor sermons and homilies by Christian pastors.”

“This is a group that’s filled with hostility toward people of faith,” he added.

None of which has anything to do with whether discrimination against atheists should be allowed or not. In reality, it’s already illegal. You can’t discriminate against people on the basis of religion, and that includes atheists.

“There’s a lot of reasons why Christians or Jews might not want to hire an atheist,” he continued. “In fact, it’s in the New Testament. It says things like avoid them and disassociate with them. You might have a job, for example, where you want someone who believes in a higher power.”

“For example,” Adams said, “maybe you’re an airline and hiring pilots who you prefer they maybe believe in Hell. To tell people that you can’t only hire people of faith intrudes on their free exercise of faith.”

First of all, the New Testament does not say that. It says not to be “unequally yoked” with non-believers, which has nothing to do with hiring them. Secondly, by this “reasoning,” we must immediately repeal the entire Civil Rights Act and all anti-discrimination laws. Someone may have religious reasons for refusing to hire women, blacks, Muslims, Jews, and even Christians. So let’s just repeal all such protections and install some Christians-only lunch counters and drinking fountains. That sounds like a great idea, doesn’t it? 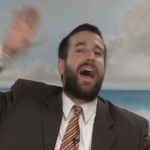 Nonreligious
Kilmeade: Kaepernick Took a Knee Because 'It Was...
Dispatches From the Culture Wars
TRENDING AT PATHEOS Nonreligious