Glenn Beck has apparently moved on from merely comparing Ted Cruz to George Washington — after all, he’s declared several people to be the “next George Washington” over the last few years — and is now comparing him to Moses. And the comparison is that God has called Cruz to lead, just like Moses, and he has a terrible burden to bear as a result.

Beck explained that he sent the note in an effort to offer encouragement because nobody knows what it is like to carry the Moses-like burden that Cruz bears.

This is why Beck cracks me up. He’s like an overgrown emo kid. Everything is just so emotionally overwrought and melodramatic. 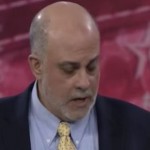 April 11, 2016
Levin Joins the Anyone but Trump Bandwagon
Next Post 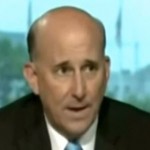 April 11, 2016 Gohmert: I Would Have Faked Being Trans to Go Into Women's Room
Recent Comments
0 | Leave a Comment
Browse Our Archives
get the latest from
Nonreligious
Sign up for our newsletter
POPULAR AT PATHEOS Nonreligious
1