Gohmert: I Would Have Faked Being Trans to Go Into Women’s Room

Gohmert: I Would Have Faked Being Trans to Go Into Women’s Room April 11, 2016 Ed Brayton

Louis Gohmert defended legislation to prevent trans people from using the bathroom that matches their gender identity by saying that when he was a teenager, he would have done so just so he could ogle the girls at his school. Kind of an odd confession, don’t you think? 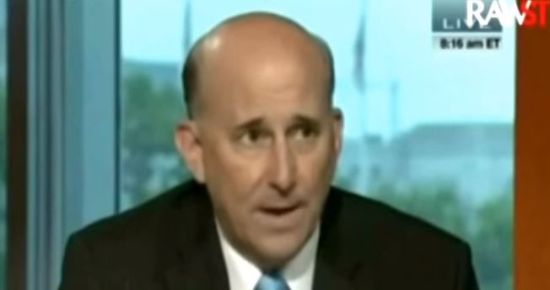 “When it comes to this current legislation where — in most of the world, in most of the religions, the major religions, you have men and you have women, and there are some abnormalities but for heaven’s sake, I was as good a kid as you can have growing up, I never drank alcohol till I was legal, never to, still, use an illegal drug, but in the seventh grade if the law had been that all I had to do was say, ‘I’m a girl,’ and I got to go into the girls’ restroom, I don’t know if I could’ve withstood the temptation just to get educated back in those days,” he said.

Gohmert then said that businesses like PayPal are now “telling states that you have to let boys into little girls’ restrooms or we’re pulling our business, it’s just the height of lunacy.”

Reminds me a lot of “if I didn’t believe in God, I’d commit rape and murder.” But it misses everything important about the situation. They like to pretend that a boy is just going to say “hey I’m a girl now” and walk into the girls bathroom, but it doesn’t work that way. Even if a basic sense of decency didn’t prevent you from doing so, the fact that you’d have to publicly declare yourself to be trans in a country where trans people face massive discrimination and violence certainly would dissuade you.

April 12, 2016 Why Didn't Blacks Support Ben Carson? Because They're Evil, of Course
Recent Comments
0 | Leave a Comment
Browse Our Archives
get the latest from
Nonreligious
Sign up for our newsletter
POPULAR AT PATHEOS Nonreligious
1