In November, Ted Cruz and two other then-candidates for the Republican presidential nomination appeared at a “religious liberty” conference put on by Christian fascist Kevin Swanson, who thinks gay people should be put to death. Ted Cruz is now flat out lying and saying that he had no idea of those views and condemned them when he found out: 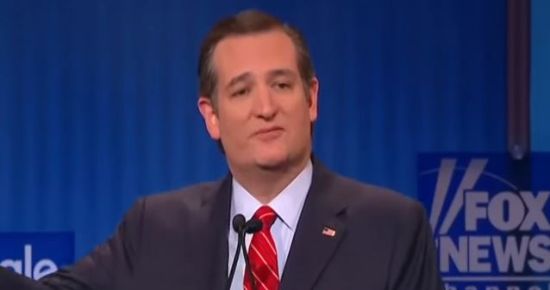 “He was an individual I didn’t know, I’d never met him,” Cruz said of Swanson. “I went to a conference on religious liberty because it is an issue I care very much about. After the conference, his comments were drawn to my attention and I denounced them at the time, I think they’re wrong, I totally disagree with them. I didn’t know this fellow and when I saw what he said, I came out publicly and said I disagree with what he’s saying.”

Now let’s step out of fantasy land and into the real world, where Cruz was informed about Swanson’s views before the conference took place, on national television, and went to the conference anyway:

A few days before the conference, CNN’s Jake Tapper read Cruz a few of Swanson’s statements and asked him about the wisdom of appearing alongside Swanson. Cruz claimed ignorance about Swanson and then dodged the question.

Cruz went ahead to the conference, where he joined Swanson for one-on-one discussion. On the same stage that weekend, Swanson went on several unhinged rants about gay people, Harry Potter and wildfires.

Immediately after the conference, MSNBC’s Rachel Maddow ran a segment about Cruz’s participation. When a Des Moines Register reporter asked the Cruz campaign for a comment, she got no answer.

Then, three weeks later, Maddow ran another segment about Cruz’s participation in the conference and finally got a statement out of his campaign about it. A Cruz spokesman, in response to a video of Swanson screaming about the death penalty for gay people, told Maddow that Swanson’s calls for the execution of gay people were “not explicit” enough for the campaign to even bother commenting on or condemning him.

Then, finally, one full month after Swanson’s conference, a Cruz spokesman quietly told USA Today that “it was a mistake for Senator Cruz to appear at the event” given Swanson’s “offensive comments.”

All of this is, of course, a matter of record and Cruz knows that. But he feels secure in telling this blatant lie because he knows his supporters won’t bother to check and won’t care even if they do find out he’s lying. 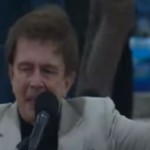