Domestic Terrorist Did It All for the Fetuses

Remember last November when Robert Dear entered a Colorado Springs Planned Parenthood clinic and opened fire, killing three people and wounding nine others and the Christian right immediately began to claim that it had nothing to do with abortion, that it was just a bank robbery gone wrong? New documents reveal his motive in stark relief: 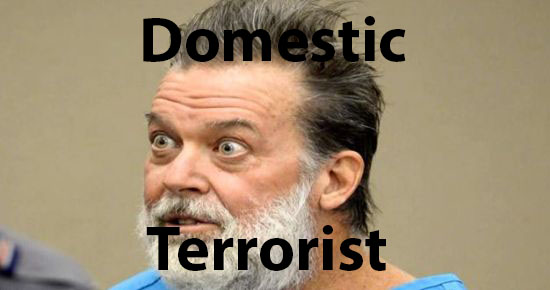 After a deadly five-hour gun battle at the lone Colorado Springs Planned Parenthood clinic, admitted shooter Robert Lewis Dear Jr. told a detective that his dream was to die and enter heaven’s gates, where aborted fetuses “would thank him for what he did because his actions saved lives of other unborn fetuses,” according to long-awaited court documents released Monday.

Dear also told an investigator that he idolized Paul Hill, who was convicted in the 1994 killing of a Florida abortion provider.

When he entered the clinic on Centennial Boulevard Nov. 27, Dear was armed with four rifles and wore a homemade vest made of silver coins and duct tape, the documents stated. He brought propane tanks in hopes that they’d explode when he shot them, the documents said, but they did not.

After he parked his car in front of the building, he told someone who was in a vehicle that they “shouldn’t have come here today,” the documents said.

In Dear’s 2014 Toyota Tacoma pickup, investigators found several weapons, including two rifles, a shotgun, two pistols, knives, a hatchet and arrow tips, according to the affidavit.

But the media has to stop calling this man a “shooter” or a “gunman.” He is a terrorist. Terrorism is “the use of violence and intimidation in the pursuit of political aims.” That’s exactly what he did. He is a terrorist.

April 13, 2016
Some Want to Draft Warmongering Former General for President
Next Post 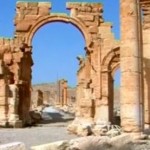