I’ve written before about William Tapley, self-declared “prophet” and “Third Eagle of the Apocalypse,” many times. He’s endlessly hilarious. In his latest video, he explains how Prince’s death is a fulfillment of prophecy and compares him to Jesus, who was the Prince of Peace. 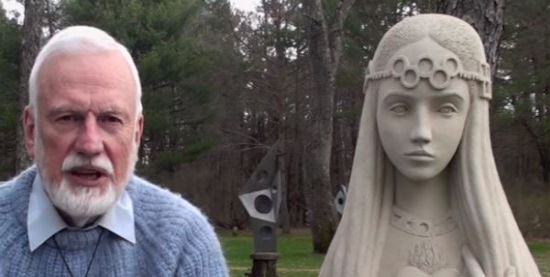 He’s so wrong. The prophecy was really about Prince Fielder signing a $220 million contract with the Detroit Tigers.

April 27, 2016 The Horrible Online Abuse of Female Sports Journalists
Recent Comments
0 | Leave a Comment
"The Qur'an demands nothing of the sort, which you would know if you had any ..."
Wulf Nesthead Disagreeing with Seth Andrews: Islamophobia is ..."
"Health insurance is really vital."
Dr. Robert Boehland Study: 45,000 Deaths Per Year Due ..."
"If you are fond of programming, then I would like to advise you an excellent ..."
Alex Clark A Modern Day Plato?
"March Madness again....and missing Ed's basketball love and wisdom...... :-("
ChzBoi Saying Goodbye for the Last Time
Browse Our Archives
Related posts from Dispatches From the Culture Wars

Nonreligious
Bakker: Trump Loss in 2020 Would Speed Up...
Dispatches From the Culture Wars