Catching Up With Kent Hovind

Since Kent Hovind got out of prison after serving nine years for tax evasion and other charges, a whole lot has happened. Pete Reilly, a columnist on tax matters for Forbes, has been following it closely on his blog. It seems his wife has filed for divorce and he’s locked in a battle with his son Eric for control of his ministry. 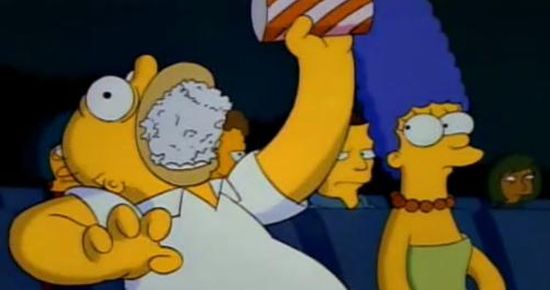 His wife Jo was also convicted of similar charges, but spent much less time in jail. That time seems to have shown her that being married to a professional liar sucks and she’s filed for divorce. As for the battle with Eric Hovind, you’re going to want to pop some popcorn for this:

Kent’s story is that he left his ministry Christian Science Evangelism to be watched over by Eric. Eric, out of fear that the government might seize CSE’s assets transferred those assets to himself as president of God Quest, Eric’s ministry, for $6,300. Kent says there was $2,000,000 worth of stuff and now he wants it back.

The reason it seems like going public with this is a bad idea is because it seems likely that the $3.3 million civil judgment for income taxes and penalties finally decided by the Tax Court in 2013 is till outstanding. The decision in the case of Jo Hovind, which covers the same ground, is more detailed in the description of what was going on. In an earlier decision, the Tax Court found.

The organizational structure petitioner established for the above activities, including petitioner’s purported religious ministry and theme park, apparently was based on various questionable trust documents purchased from Glenn Stoll, a known promoter of tax avoidance schemes.

The bottom line is that CSE is not recognized as an entity separate and apart from Kent and Jo Hovind. If God Quest had been parking Kent’s assets till he got out of prison and God Quest now just says “OK, Kent, here is your stuff that we took title to so the Government could not seize it” – well – I,wouldn not want to be an officer of God Quest. I could turn to my brain trust to play a game of tax crime bingo with that, but they have wearied of me asking about Kent Hovind.

And unless Kent has magically settled that $3.3 million, IRS collections would just love to have a shot at going after God Quest’s assets. I would think that while in prison they classified him currently not collectible, but now he is telling the world that there was $2 million worth of stuff parked somewhere for him, their interest might perk up.

Glen Stoll, you may recall if you’ve been reading my blog long enough, is sort of the Larry Klayman of the sovereign citizen movement — totally incompetent in every imaginable way and convinced that he keeps losing in court solely because of a vast conspiracy against him (and God, of course). This whole thing makes me laugh. No one ever accused Hovind of being a genius or anything, but publicly declaring that you have assets worth $2 million that were transferred to another entity for the purpose of getting around a court judgment when that judgment is still outstanding is stupid on an epic scale. 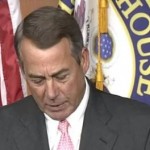 April 29, 2016
Boehner Has Choice Words About Ted Cruz
Next Post

April 29, 2016 Foreign Policy Expert Rips Trump's 'Serious' Speech
Recent Comments
0 | Leave a Comment
Browse Our Archives
get the latest from
Nonreligious
Sign up for our newsletter
POPULAR AT PATHEOS Nonreligious
1

QAnon Lies, and People Die
Roll to Disbelieve
Related posts from Dispatches From the Culture Wars