Of all the asinine things that the Worldnetdaily publishes on a daily basis, their continual pushing of the idiocy of Andrew Hodges, who thinks he can read between the lines and discern what Obama is really saying, has to take the cake. Hodges, of course, just “discerns” that Obama means the opposite of whatever he says.

In learning how to decode Obama’s unconscious super-intelligence mind, we find another blatant example of denial. During an interview with Fox News that aired April 10, 2016, Barack Obama commented on the possible security threat posed by Hillary Clinton’s emails and on the possibility he could influence the ongoing investigation.

He declared, in a classic string of denials, “I guarantee that there is no political influence in any investigation conducted by the Justice Department or the FBI – not just in this case, but in any case.” Obama continued, “Nobody is above the law. How many times do I have to say it?”

We need to read the truth according to the super-intel decoding principle of “Thou protests too much.”

Excessive denial accompanied by absolute statements such as “I guarantee” and “how many times do I have to say it” often imply deceit. Obama speaks as the absolute final authority on the matter.

Read through the denials to see his confession: “I guarantee that there is … political influence in any investigation conducted by [my] Justice Department – [especially] in this case, [and] in any case. … I am above the law. How many times do I have to say it?” The facts show Obama has said it many times, speaking often through his actions. The facts show Obama’s DOJ has been significantly politicized – either by direct investigations or refusals to investigate. In fact, Obama has blatantly taken the law into his own hands on numerous occasions.

Ah, but I have my own secret decoder ring, Mr. Hodges, and it applies that “super-intel decoding principle” (a thing that does not exist except in your imagination) too. And when I apply it to this article, it discerns that what you really mean is “Holy shit, I’m a fucking moron, but these people who are buying this bullshit are even dumber than I am!” I win. 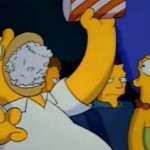 May 3, 2016
Judge Freezes Everything on Battle Over Schlafly's Eagle Forum
Next Post 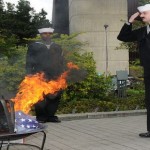 May 3, 2016 Obama Declares 'Loyalty Day'
Recent Comments
0 | Leave a Comment
"The Qur'an demands nothing of the sort, which you would know if you had any ..."
Wulf Nesthead Disagreeing with Seth Andrews: Islamophobia is ..."
"Health insurance is really vital."
Dr. Robert Boehland Study: 45,000 Deaths Per Year Due ..."
"If you are fond of programming, then I would like to advise you an excellent ..."
Alex Clark A Modern Day Plato?
"March Madness again....and missing Ed's basketball love and wisdom...... :-("
ChzBoi Saying Goodbye for the Last Time
Browse Our Archives
Related posts from Dispatches From the Culture Wars