Andrew McCarthy, a former federal prosecutor who usually rants about the evils of civilian trials for those accused of terrorism, has decided to lend his unbelievably inane views to the subject of federal sentencing reform. Not only is the criminal justice system not racist, he says, it’s the least racist institution in all of society!

McCarthy said this alliance includes “the Black Lives Matter movement: the people who, hilariously, want to say that the criminal justice system is racist.”

He found some humor in the notion that the famously left-leaning legal profession would produce an “institutionally racist system.”

“It actually pretty much bends over backward the other way, which is why you get voodoo like ‘disparate impact’ theories, and that sort of stuff get accepted in court, ” he said. “They’re open to that kind of lunacy. This is the least racist institution that you can imagine, and everything from the Left side critique of this proceeds on the premise that the system is institutionally racist.”

At this point, the evidence that our criminal justice system is racist is so undeniable that doubting it can only be a sign of deliberate dishonesty, total ignorance, or actually wanting it to be racist. Study after study after study shows, for instance, that black drivers are far more likely to be pulled over and searched or stopped on the sidewalk and frisked, despite the fact that it is universally true that white people are more likely to be caught breaking the law when they’re searched (the reason is obvious: they have actual reason to be suspicious when they stop a white person, while a black person is immensely more likely to be viewed as suspicious merely for their skin color).

Study after study also shows that blacks and whites use and sell drugs at almost exactly the same rate (whites are actually more likely to sell them), yet the overwhelming majority of those arrested, charged, convicted and sentenced are black. These facts are indisputable. Only someone deliberately sticking their head in the sand, or lying to cover up their own desire for the system to remain racist, could be capable of denying it. 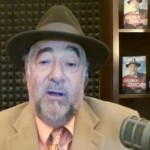 May 4, 2016
Savage: God Is Making Sure Trump is Next President
Next Post 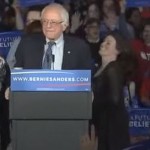 May 4, 2016 Stick a Fork in Bernie Sanders, He's Done. Or Is He?
Recent Comments
0 | Leave a Comment
"JALY5vN.org"
aditi New Fox Anchor a Q Anon ..."
"Your argument is "Things exist, therefore God," and you just simply believe that there has ..."
Alex Zer0 And Yet Another Stupid Atheist Meme
"Oh hell. Just now got back here. Requiescat in pace, Ed, or just feed the ..."
(((Hornèd Pontilibratificus))) Saying Goodbye for the Last Time
"So many religious comments from muslims and the atheist religion..."
Drakenfly Carson: Islam Not a Religion, but ..."
Browse Our Archives
get the latest from
Nonreligious
Sign up for our newsletter
POPULAR AT PATHEOS Nonreligious
1