Deace Turns on Huckabee Like a Rabid Dog May 10, 2016 Ed Brayton

Hoo boy, Iowa right-wing radio show host Steve Deace is hopping mad at Mike Huckabee for endorsing Donald Trump over Ted Cruz. Deace supported and endorsed Huckabee in 2008, the first time he ran for president. And now Deace is attacking him rather brutally, and laying on a guilt trip as well.

“I am going to troll like a mother the next few months, though, I’m going to do that,” Deace promised. “I am. Huckabee and all these guys, I’m going to scorched-earth them all and I’m going to enjoy doing it, actually. Maybe more than I should.”…

In 2008, Deace said, he helped pick the former governor “up off the dirt floor at negative nine percent, when nobody knew how to pronounce your name or that funny-sounding Baptist college you came from” and “risked my job, put my family on the road, became a six-month infomercial on your candidacy.” He claimed he also did the opposition research that “you didn’t have the balls nor the money to do” on Mitt Romney, who came in second to Huckabee in that year’s caucuses.

“So I think it is only fitting, gentlemen, it is only poetic that Mike Huckabee brought me into this world and is now ushering me out,” he said. “We have come full circle.”

Huckabee, Deace said, is pandering to Trump in a futile hope “to get a sell-out, which makes it all the more pathetic”

I risked my life for you! And this is the thanks I get! You’re laying it on a little thick here, Steve. You’re almost in the Glenn Beck-level of melodramatic bullshit. 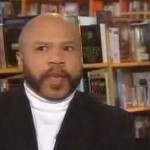 May 10, 2016 What's Going to Trigger Obama's Police State Today?
Recent Comments
0 | Leave a Comment
Browse Our Archives
get the latest from
Nonreligious
Sign up for our newsletter
POPULAR AT PATHEOS Nonreligious
1