The Worldnetdaily has an article about Rafael Cruz addressing allegation from Donald Trump that he was somehow involved with the assassination of JFK. I really couldn’t care less about that, but these few paragraphs earn David Barton a Bryan Fischer Award:

David Barton, the author of the controversial New York Times bestseller “The Jefferson Lies” and a close adviser to Cruz who heads the pro-Cruz Super PAC “Keep the Promise,” charged Trump’s comments were typical.

“This is a pattern Trump has shown,” Barton told WND. “He will come out with some egregious, outrageous claim, and no one ever requires him to prove it. He simply says it, and it gets legs all on its own and becomes an earned media story for the next couple days.”

Barton argued Trump and his campaign knew exactly what they were doing when they leveled the sensational charge against Rafael Cruz.

“Clearly, Trump’s people thought it would have an effect; otherwise, they would not have done it,” Barton said.

Yes, David Barton, just about the only person I would put in Donald Trump’s league as a brazen liar, is accusing Trump of making outrageous claims without backing them up. You know, like claiming to have been on the Oral Roberts University basketball team that set a scoring record, a claim that is patently false. Or claiming that virtually every provision of the Constitution came directly out of the Bible, a claim so patently ridiculous that it could make his nose grow long enough to touch the surface of the sun. 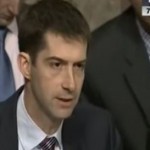