Trump Adviser: Food Aid Should Only Go to Christians

One of the lesser known Trump advisers is his “liaison for Christian policy,” Frank Amedia. He’s the head of Touch Heaven Ministries in Miami and Right Wing Watch did a little research on him. Turns out he thinks that food aid should be dependent on one’s religion. This is about the aftermath of the Haiti earthquake. 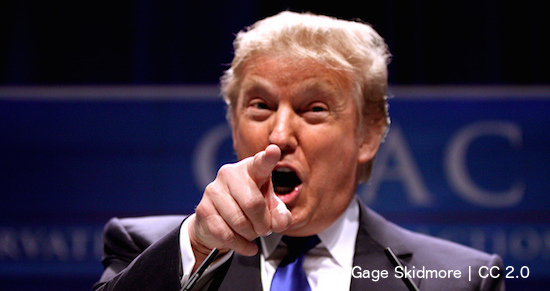 Religious tension has also increased: Baptists, Catholics, Jehovah’s Witnesses, Scientologists, Mormons and other missionaries have flocked to Haiti in droves since the earthquake to feed the homeless, treat the injured and jockey for souls. Some Voodoo practitioners have said they’ve converted to Christianity for fear they will lose out on aid or a belief that the earthquake was a warning from God. “Much of this has to do with the aid coming in,” said Max Beauvoir, a Voodoo priest and head of a Voodoo association. “Many missionaries oppose Voodoo. I hope this does not start a war of religions because many of our practitioners are being harassed now unlike any other time that I remember.”

“There’s absolutely a heightened spiritual conflict between Christianity and Voodoo since the quake,” said Pastor Frank Amedia of the Miami-based Touch Heaven Ministries who has been distributing food in Haiti and proselytizing.

“We would give food to the needy in the short term, but if they refused to give up Voodoo, I’m not sure we would continue to support them in the long term because we wouldn’t want to perpetuate that practice. We equate it with witchcraft, which is contrary to the Gospel.”

So that means you wouldn’t continue to give food to gay people, non-Christians, unmarried women who aren’t virgins and pretty much everyone else, right? 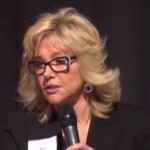 May 24, 2016
Rios Thinks the Army Secretary Leads People Into Battle
Next Post

May 24, 2016 'Coach' Dave Daubenmire Starting to Snap
Recent Comments
0 | Leave a Comment
"The Qur'an demands nothing of the sort, which you would know if you had any ..."
Wulf Nesthead Disagreeing with Seth Andrews: Islamophobia is ..."
"Health insurance is really vital."
Dr. Robert Boehland Study: 45,000 Deaths Per Year Due ..."
"If you are fond of programming, then I would like to advise you an excellent ..."
Alex Clark A Modern Day Plato?
"March Madness again....and missing Ed's basketball love and wisdom...... :-("
ChzBoi Saying Goodbye for the Last Time
Browse Our Archives
Related posts from Dispatches From the Culture Wars