Howard Kurtz has always been annoying, but since moving from CNN to Fox News he seems to have lost about half his IQ points as well. On his show last week he actually claimed that the shootings in Charleston, South Carolina last year were “clearly…targeted at Christians.”

GUY BENSON: These are gay people targeted because the of who they are. They were out carousing with friends, celebrating in what they thought was dancing in a safe area in a culture that not always been super accepting of gay people and that’s changing which is a good thing and they were having drinks, having fun and this person based on and rooted in an ideology and his form of religion he decided that his anger and hatred and bigotry towards that group of Americans was going to result in their deaths, and he executed 49 fellow gay people, not all of them were gay necessarily but it is stomach-turning.

HOWARD KURTZ (HOST): And that’s true even if the killer turns out to have been gay or lately gay or hanging out at the gay bar, or whatever. But what do you make of media coverage and commentary that plays down the fact that 49 mostly gay people were killed, that it’s not a hate crime, as opposed the shooting at the Charleston church, which clearly was targeted at Christians?

No, it was not targeted at Christians, clearly or otherwise. It was targeted at black people. How do we know that? The killer said so. He was a white supremacist, for crying out loud. 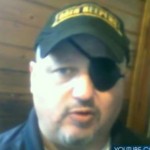 June 21, 2016 Wendy Long Courts Right Wing Extremist Group
Recent Comments
0 | Leave a Comment
"OnlySky is now live: https://onlysky.media/I am adding Ed to my OnlySky authors shortcuts folder so ..."
Thomas Fitzpatrick Saying Goodbye for the Last Time
"Hi ,for anyone wanting to follow the friendly atheist on Onlysky, it will go live ..."
david coxill Saying Goodbye for the Last Time
"Oh yes.. The privilege of being called names by people who have zero understanding what ..."
Standingbear Gallups: Satan Has Convinced Christians They ..."
"I wouldn't mind idiots saying "Black Lives Matter" IF They Meant it.Clearly that is not ..."
Standingbear Gallups: Satan Has Convinced Christians They ..."
Browse Our Archives
get the latest from
Nonreligious
Sign up for our newsletter
POPULAR AT PATHEOS Nonreligious
1