The 4th Amendment, which is on life support if it still exists at all, was weakened yet again by the Supreme Court in Utah v Strieff, a case involving a pretextual traffic stop and the exclusionary rule. It was a 5-3 ruling, with Breyer joining the conservatives on the court and Thomas writing the opinion (of course).

The case basically comes down to this: A cop pulled someone over without reasonable suspicion that he had done anything illegal, but when he ran the guy’s license it turns out he had an outstanding warrant. So he searched the car and found evidence of other crimes. Everyone agrees that the initial stop was illegal, which under the exclusionary rule should mean that any evidence found subsequent to that illegal stop should not be allowed as evidence in court. But the court significantly weakened the exclusionary rule.

Justice Thomas and the justices in the majority bizarrely claimed that this search was allowed even though the stop was illegal because it was “isolated” and not part of a pattern:

[T]here is no indication that this unlawful stop was part of any systemic or recurrent police misconduct. To the contrary, all the evidence suggests that the stop was an isolated instance of negligence that occurred in connection with a bona fide investigation of a suspected drug house.

Reams of data were presented in the case that showed that blacks and Latinos are far more likely to be pulled over illegally on the basis of obvious pretexts, but the majority ignored all of that. Justice Sotomayor wrote a blistering dissent that was spot on.

This case involves a suspicionless stop, one in which the officer initiated this chain of events without justification. As the Justice Department notes, supra, at 8, many innocent people are subjected to the humiliations of these unconstitutional searches. The white defendant in this case shows that anyone’s dignity can be violated in this manner. But it is no secret that people of color are disproportionate victims of this type of scrutiny. For generations, black and brown parents have given their children “the talk” — instructing them never to run down the street; always keep your hands where they can be seen; do not even think of talking back to a stranger — all out of fear of how an officer with a gun will react to them.

By legitimizing the conduct that produces this double consciousness, this case tells everyone, white and black,
guilty and innocent, that an officer can verify your legal status at any time. It says that your body is subject to
invasion while courts excuse the violation of your rights. It implies that you are not a citizen of a democracy but the subject of a carceral state, just waiting to be cataloged.

We must not pretend that the countless people who are routinely targeted by police are “isolated.” They are the

canaries in the coal mine whose deaths, civil and literal, warn us that no one can breathe in this atmosphere. They are the ones who recognize that unlawful police stops corrode all our civil liberties and threaten all our lives. Until their voices matter too, our justice system will continue to be anything but.

Shame on Stephen Breyer for joining the right wing authoritarians on the court in making the 4th Amendment even less relevant than it has been for the last 15 years. You can read the full ruling here. 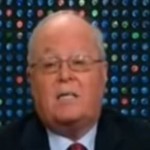