David Kupelian, the professional hysteric and second-in-command at the Worldnetdaily, went on a Christian TV show and made the bizarre and dishonest claim that college campuses are “teaching rape” when they hold “sex weeks” on campus. 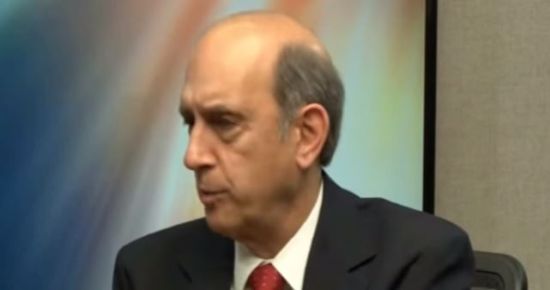 “We kind of say, oh, this, isn’t it crazy what they do on college campuses and they complain about the rape culture,” Kupelian said. “They’re teaching rape on college campuses. They have sex week, which was dreamed up at Yale, and it’s on all of these Ivy League colleges where, for a week, it’s center stage on campus, teaching children how to have sex with everything that moves.”

Kupelian continued, “And I don’t mean to be crude, but I’m saying when you’re teaching children this, okay, you are really messing with their minds, okay, but also, you are violating and you’re teaching people to violate the Ten Commandments. And, in turn, that makes it very difficult to have a strong, loyal family unit because you’ve already had a hundred sex partners and it continues after you’re married…” He blamed such sexual promiscuity for divorces and remarriages.

This is a flat out lie. Not only do they not “teach rape” during so-called “sex weeks,” which are not very common on campuses, they put a huge focus on teaching the importance of consent in order to prevent rape. Having sex is not rape, for crying out loud. Just another anti-sex Christian right contributing to the ongoing war on orgasms.

June 23, 2016
Falwell Spawn: Terrorists Will Crawl Under Rock When Trump is Elected
Next Post

June 23, 2016 FRC Wants to Prevent Fertility Coverage for Veterans
Recent Comments
0 | Leave a Comment
"OnlySky is now live: https://onlysky.media/I am adding Ed to my OnlySky authors shortcuts folder so ..."
Thomas Fitzpatrick Saying Goodbye for the Last Time
"Hi ,for anyone wanting to follow the friendly atheist on Onlysky, it will go live ..."
david coxill Saying Goodbye for the Last Time
"Oh yes.. The privilege of being called names by people who have zero understanding what ..."
Standingbear Gallups: Satan Has Convinced Christians They ..."
"I wouldn't mind idiots saying "Black Lives Matter" IF They Meant it.Clearly that is not ..."
Standingbear Gallups: Satan Has Convinced Christians They ..."
Browse Our Archives
get the latest from
Nonreligious
Sign up for our newsletter
POPULAR AT PATHEOS Nonreligious
1