Wow. It’s bad enough that CNN already employs Jeffrey Lord, whose head is so far up Donald Trump’s ass that he can tell you what he had for lunch, as a paid contributor. Now they’ve also hired Corey Lewandowski, who is legally forbidden from saying anything negative about Trump. 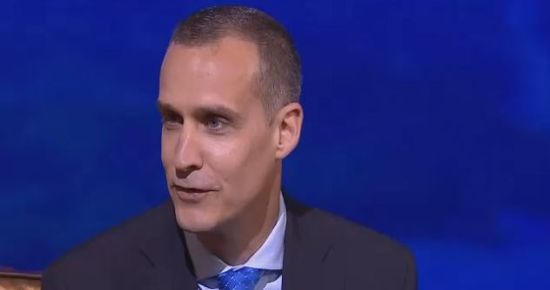 In that sense, the announcement that Donald Trump’s former campaign manager, Corey Lewandowski, would be joining CNN as a paid contributor is par for the course. Lewandowski was fired from the Trump campaign on Monday.

But there is one aspect of Lewandowski’s hiring that is highly unusual. Lewandowski is not only a Trump loyalist but legally prohibited from criticizing Trump, his family, or any of his businesses.

We know for sure that Lewandowski signed a non-disclosure agreement, prohibiting him from talking about the work he did with Trump…

We also know that the standard agreement that all volunteers with the Trump campaign are required to sign included a non-disparagement agreement. The Daily Dot reported that in March. Here is the key section:

No Disparagement. During the term of your service and at all times thereafter you hereby promise and agree not to demean or disparage publicly the Company, Mr. Trump, any Trump Company, any Family Member, or any Family Member Company or any asset any of the foregoing own, or product or service any of the foregoing offer, in each case by or in any of the Restricted Means and Contexts and to prevent your employees from doing so.

So they’ve hired a commentator who is legally prevented from making any comment other than praise of one of the candidates. At what point do we just decide that CNN is no longer a news network?

June 24, 2016 Beck: I'm the Real Civil Rights Hero, Not John Lewis
Recent Comments
0 | Leave a Comment
"OnlySky is now live: https://onlysky.media/I am adding Ed to my OnlySky authors shortcuts folder so ..."
Thomas Fitzpatrick Saying Goodbye for the Last Time
"Hi ,for anyone wanting to follow the friendly atheist on Onlysky, it will go live ..."
david coxill Saying Goodbye for the Last Time
"Oh yes.. The privilege of being called names by people who have zero understanding what ..."
Standingbear Gallups: Satan Has Convinced Christians They ..."
"I wouldn't mind idiots saying "Black Lives Matter" IF They Meant it.Clearly that is not ..."
Standingbear Gallups: Satan Has Convinced Christians They ..."
Browse Our Archives
get the latest from
Nonreligious
Sign up for our newsletter
POPULAR AT PATHEOS Nonreligious
1