Ruse: Trump Will Let Us Call the Shots on Abortion

Far-right anti-choice and anti-contraception leader Austin Ruse of C-FAM was at Donald Trump’s meeting with hundreds of evangelical leaders and says that while he doesn’t buy Trump’s claim to be sincerely anti-choice, he is convinced Trump will do their bidding while in office.

Hudson asked Deal what he thought of Ralph Reed and others saying that Trump is “sincerely pro-life, that it’s not something that’s been an add-on for this election.”

“I’m indifferent to his sincerity,” Ruse said, “because I think that at the end of the day, he will do the right thing because it is what we want. And that gets back to constituencies that he wants to please.”

Ruse said that just as he trusts conservative allies to guide him on issues like economic policy that aren’t his area of expertise, “with regard to the life issues,” Trump will “let our side do exactly what we want to do.”

“These are things that he doesn’t care about,” he said, “and therefore he will let our side have what we want. For instance, if a bill comes to his desk to defund Planned Parenthood, he’s not going to shut the government down to avoid it. I think he’ll sign it because he doesn’t care. That’s what I mean, is that he will step aside on things that — now you say and Ralph Reed says that it’s something that he really does care about. That’s even better news. But even if he doesn’t, as long as he lets us have our way, then that’s fine.”

He may well be right about that, of course. I’ve said many times that politics is about pleasing constituencies, not sincerely held ideas. Few politicians care much about their actual beliefs, they care about staying in office and in order to do that you have to keep your primary constituencies happy. And in Trump’s case, that means keeping the party’s anti-gay, anti-choice base happy. 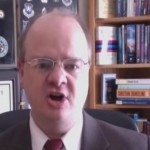 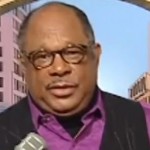