After taking some criticism for not commenting about the Supreme Court’s huge ruling striking down abortion TRAP laws, Donald Trump finally spoke out about it and demonstrated that he doesn’t understand 3rd grade math. He thinks that if Scalia were still alive, the result would have been different.

Trump suggested that the 5-3 decision would have been flipped to a 5-4 decision upholding the law if he had been able to fill the vacancy left by the death of Scalia with a pro-life judge.

“Now if we had Scalia was living or is Scalia was replaced by me,” Trump said, “you wouldn’t have had that. Okay? It would have been the opposite.”

“So just to confirm,” Gallagher pressed. “Under a Donald — a President Donald Trump-appointed Supreme Court, you wouldn’t see a majority ruling like the one we had with the Texas abortion law this week.”

“No, you wouldn’t see that,” Trump insisted. “And people understand that.”

Uh, Donald…the ruling was 5-3. If Scalia were still on the bench, it would have been 5-4 with the same result. Math is your friend. 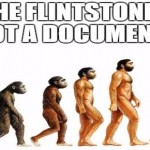 July 1, 2016 Donald Trump: Honorer of Pledges
Recent Comments
0 | Leave a Comment
"The Qur'an demands nothing of the sort, which you would know if you had any ..."
Wulf Nesthead Disagreeing with Seth Andrews: Islamophobia is ..."
"Health insurance is really vital."
Dr. Robert Boehland Study: 45,000 Deaths Per Year Due ..."
"If you are fond of programming, then I would like to advise you an excellent ..."
Alex Clark A Modern Day Plato?
"March Madness again....and missing Ed's basketball love and wisdom...... :-("
ChzBoi Saying Goodbye for the Last Time
Browse Our Archives
Related posts from Dispatches From the Culture Wars