Dan Stein of the anti-immigrant group Federation for American Immigration Reform went on a radio show and told the host that Donald Trump doesn’t really intend to build that big wall on the Southern border, it’s just a metaphor for how he’s going to get tough and stop illegal immigration.

“The wall is a surrogate for getting the border under control,” Stein said. “There have been physical structures in place down there since the 1980s. You need physical structures at certain high entry points to channel traffic. Ranchers who are out there in the middle of nowhere, they don’t see why you would need a border wall.”

Stein continued, “Really, these issues are, the simple issues on the campaign, are surrogates.”

“The wall is a surrogate for border control operations,” Stein said. “What [Trump’s] saying is he’s gonna get the job done. People who believe he’s actually gonna put a brick on every centimeter of 2,000 miles are in a sense mistaking his intention. The language he’s using is what you use in a political campaign, and if you take Hillary Clinton at her word, then she wants to embrace a limitless immigration platform.”

He’s certainly been quite explicit about it being a real wall. I dont’ think his supporters will like that one bit. 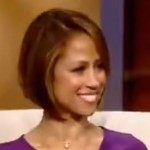 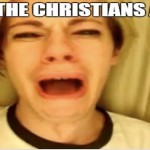 July 3, 2016 American Christians Think They're Terribly Persecuted
Recent Comments
0 | Leave a Comment
"OnlySky is now live: https://onlysky.media/I am adding Ed to my OnlySky authors shortcuts folder so ..."
Thomas Fitzpatrick Saying Goodbye for the Last Time
"Hi ,for anyone wanting to follow the friendly atheist on Onlysky, it will go live ..."
david coxill Saying Goodbye for the Last Time
"Oh yes.. The privilege of being called names by people who have zero understanding what ..."
Standingbear Gallups: Satan Has Convinced Christians They ..."
"I wouldn't mind idiots saying "Black Lives Matter" IF They Meant it.Clearly that is not ..."
Standingbear Gallups: Satan Has Convinced Christians They ..."
Browse Our Archives
get the latest from
Nonreligious
Sign up for our newsletter
POPULAR AT PATHEOS Nonreligious
1