Xenophobic bigot Pat Buchanan is ranting about the death of “white culture” again (what is white culture? Adolf Hitler and Anne Frank were both white; which of them represents “white culture”?). His dreams as well as his waking thoughts are filled with fear of people with darker skin than him. 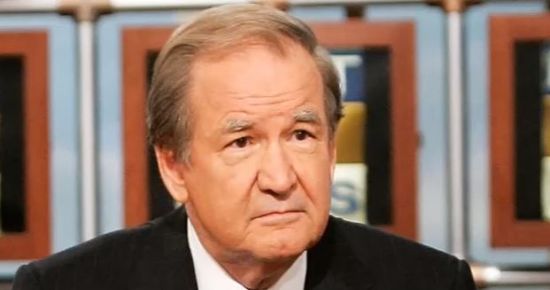 With Mexico and Central America adding 56 million people in 35 years, either the U.S. secures its southern border or the 11-12 million immigrants here illegally will have millions of new compatriots.

America is already evolving into another country. Though the U.S. is projected to grow by 67 million people in 35 years, this growth will be wholly among Hispanics, Asians and African-Americans. In each of the past four years, non-Hispanic white Americans have registered more deaths than births.

White America has begun to die…

What has been tabled for discussion this year, in Europe and America, is the future of the West as an identifiable civilization to be cherished and defended by the peoples whose ancestors created it.

And Obama’s reverence for Islam notwithstanding, the West remains the greatest civilization of them all.

Gee Pat, does that mean you — and me, by the way — will soon be a minority? Is that bad? Do we treat minority populations badly or something? And what exactly is this “Western civilization” that is supposedly dying? Is there a core set of values that govern all Western nations? Mexico is in the west, of course, so aren’t they part of it? “Western civilization” really means “white civilization.” But I see neither a common thread that white people share in their ideas about the best way to run a civilization nor any evidence that Latinos, for instance, would be less fond of those ideas if they could be defined.

And if we’re talking about values like equality, liberty and justice, I also see no evidence that Buchanan, self-declared Super White Guy, favors them at all.

July 8, 2016
God Doesn't Want Gay People to Have Birthday Cakes Either
Next Post 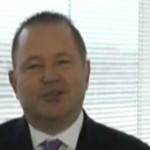 July 9, 2016 Lane: U.S. 'Following Nazi Tactics to Eradicate Christians'
Recent Comments
0 | Leave a Comment
Browse Our Archives
get the latest from
Nonreligious
Sign up for our newsletter
POPULAR AT PATHEOS Nonreligious
1

Anti-vaccination cards show evangelicals at their most stupid
CARDS reportedly being circulated in vast numbers by anti-vaccine, COVID-denying evangelists are...
view all Nonreligious blogs
What Are Your Thoughts?leave a comment
Copyright 2008-2021, Patheos. All rights reserved.
error: Content is protected !!