A group of anti-gay bigots in Maine has launched a new organization with the ironic title “Equal Rights, not Special Rights,” with the goal not only of stripping anti-discrimination protections from gay people, but making homosexuality illegal again.

Mike Heath and other former heads of the Christian Civic League of Maine have formed a new group, “Equal Rights, not Special Rights.”

They say they’re tired of being forced to accept the homosexual lifestyle.

Paul Madore and this small group of people say they want to restore America to its former greatness by repealing same sex marriage laws and making homosexuality a crime.

“There is conduct that ought to be punished,” Heath said. “And Christianity teaches, has always taught and still does teach, that sodomy is such a behavior.”…

But the first battleground for the group “Equal Rights, not Special Rights” is to push for a citizen’s initiative to remove the phrase “sexual orientation” from the Maine Human Rights Act, even though Maine voters passed the measure 11 years ago.

Yes, gay people want the “special right” not to be thrown in prison just for being gay. How “special.” Their framing is about equal parts stupid and dishonest. 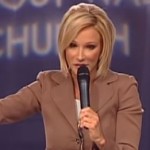