Thiel: Freedom and Democracy Conflict, Because of Women

Peter Thiel, co-founder of Paypal and a gay libertarian who somehow bizarrely supports Donald Trump, has some strange views, to say the least. In an 2009 essay, he expressed his view that democracy and freedom are conflicting ideas and that this is at least partly because women have the right to vote.

I remain committed to the faith of my teenage years: to authentic human freedom as a precondition for the highest good. I stand against confiscatory taxes, totalitarian collectives, and the ideology of the inevitability of the death of every individual. For all these reasons, I still call myself “libertarian.”

But I must confess that over the last two decades, I have changed radically on the question of how to achieve these goals. Most importantly, I no longer believe that freedom and democracy are compatible. By tracing out the development of my thinking, I hope to frame some of the challenges faced by all classical liberals today.

There is a bit of a kernel of truth here. I’ve said for a long time that we err when we use the words freedom and democracy interchangeably, as we far too often do in this country. Clearly, freedom and democracy are sometimes incompatible, as when a majority votes to restrict the rights of a minority. That’s why our Constitution tries to make that as unlikely as possible through the Bill of Rights and judicial review. But to say that they are simply not compatible, period, is rather absurd. Indeed, does he have a better system of government than democracy, in some form, to maintain liberty? He never actually says in this essay. But he does think that the notion of a capitalist democracy is impossible and it’s because we let women vote:

The 1920s were the last decade in American history during which one could be genuinely optimistic about politics. Since 1920, the vast increase in welfare beneficiaries and the extension of the franchise to women — two constituencies that are notoriously tough for libertarians — have rendered the notion of “capitalist democracy” into an oxymoron.

And not because capitalism may threaten democracy, but because democracy threatens capitalism. Presumably because the majority of the people don’t particularly like starving to death, or watching others do so. Or ideas like child labor or a total lack of environmental or worker safety protections. And then those people go and vote for policies to address those problems and destroy the perfect capitalist utopia that exists inside of Thiel’s head but seems conspicuously absent from the real world. Those damn women and their compassion for others!

July 24, 2016
Donald Trump and the GOP Record on Trade Agreements
Next Post 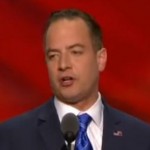 July 25, 2016 Priebus' Inspiring Story of a Nazi Collaborator
Recent Comments
0 | Leave a Comment
"The Qur'an demands nothing of the sort, which you would know if you had any ..."
Wulf Nesthead Disagreeing with Seth Andrews: Islamophobia is ..."
"Health insurance is really vital."
Dr. Robert Boehland Study: 45,000 Deaths Per Year Due ..."
"If you are fond of programming, then I would like to advise you an excellent ..."
Alex Clark A Modern Day Plato?
"March Madness again....and missing Ed's basketball love and wisdom...... :-("
ChzBoi Saying Goodbye for the Last Time
Browse Our Archives
Related posts from Dispatches From the Culture Wars