Fischer Upset the RNC Had a Gay Speaker

I think the GOP was wrong to have Peter Thiel speak because he thinks women having the right to vote has undermined freedom and democracy in this country. Bryan Fischer, on the other hand, is highly agitated that they let him speak because he’s gay.

Last night was a dark and perhaps fatal night for the once noble Republican Party. For prior to last night, the rivers flowing from the mountain tops of the GOP flowed majestically in the direction of natural marriage, normative sexuality, and the natural family. The Republican Party was founded not only to fight against slavery but to fight against the corruption of the institution of marriage. It was founded to fight for marriage as the union of one man and one woman. Last night it utterly and perhaps permanently abandoned that cause.

Wait, the Republican party was founded to fight against gay marriage? 150 years before that even became an issue? I had no idea Abraham Lincoln was a psychic who could see the future.

Right-thinking Republicans have always opposed the normalization of homosexuality for the same reason we opposed slavery: because of the harm it does to those who are trapped in it and to a culture which allows it. We oppose the embrace of homosexuality not because we hate homosexuals but because we love them. We know the health risks involved in this behavior, from incurable sexually transmitted diseases to the crippling mental, emotional, psychological, and spiritual harms associated with it. We love people too much to see them immersed in such a self-destructive lifestyle without a word of warning.

This is such a bizarre argument to me. I oppose slavery because it violates human rights, because it denies to people their self-determination and that is what the government is supposed to protect. Being gay doesn’t violate anyone’s rights whatsoever, so it’s not something the government should concern itself with at all. And it simply is not a moral issue, much less a legal one. 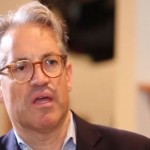 July 27, 2016 Trump Sends Omarosa to Philly to Talk Foreign Policy
Recent Comments
0 | Leave a Comment
Browse Our Archives
get the latest from
Nonreligious
Sign up for our newsletter
POPULAR AT PATHEOS Nonreligious
1