Christian fascist Kevin Swanson just can’t believe that God hasn’t judged America yet. I mean, we have legal abortion, legal gay marriage, we let those black people get all uppity. Why hasn’t God judged the nation yet and destroyed us all? But he’s sure it’s on the way.

“It is amazing that God has not brought judgment upon this world shortly after [the Obergefell decision] happened in July [sic ]of 2015 or in August of 2015 or even in September of 2015 or maybe even October,” he added.

The 120 years refers to the time it took Noah to build the ark (or it would be, if that story was anything other than ridiculous). Funny, though, that he doesn’t wonder why God didn’t judge us for holding slaves for hundreds of years. Or for the slaughter of millions of Native Americans. Apparently letting gay people get married is way more important than those minor little oversights. 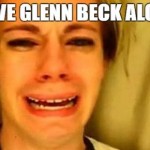 August 24, 2016
Beck Once Again Declares Himself the Voice of God
Next Post 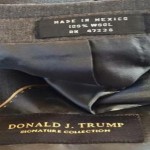 August 25, 2016 More Countries Where Trump's Suits are Made
Recent Comments
0 | Leave a Comment
"The Qur'an demands nothing of the sort, which you would know if you had any ..."
Wulf Nesthead Disagreeing with Seth Andrews: Islamophobia is ..."
"Health insurance is really vital."
Dr. Robert Boehland Study: 45,000 Deaths Per Year Due ..."
"If you are fond of programming, then I would like to advise you an excellent ..."
Alex Clark A Modern Day Plato?
"March Madness again....and missing Ed's basketball love and wisdom...... :-("
ChzBoi Saying Goodbye for the Last Time
Browse Our Archives
Related posts from Dispatches From the Culture Wars