Bill Federer, a poor man’s David Barton who writes columns full of nothing but random, disconnected and out of context quotes that mention anything about religion from anyone vaguely related to the American government before about 1850, is lying about the now-infamous Lutz study.

This is not unusual. The Christian Nation revisionists have been lying about that study from the moment it came out. The Lutz study, you may recall, looked at the relative influence of various Enlightenment philosophers on American politics before, during and after the founding (from 1760-1805). Lutz, a history professor at the University of Houston, and his co-author took a large number of samples of political writings from that period and counted up the number of references in those documents to people like John Locke, Montesquieu, Sidney and others.

There are two different versions of the lie about this study. Some claim that this study looked at documents from the founding generation, for instance. But Federer goes all the way and claims that the documents being studied were not just from the founding fathers, but specifically from the 55 men who signed the Constitution.

They examined nearly 15,000 writings of the 55 writers of the U.S. Constitution, including newspaper articles, pamphlets, books and monographs, and discovered that the Bible, especially the book of Deuteronomy, contributed 34 percent of all direct quotes made by the Founders. When indirect Bible citations were included, the percentage rose even higher.

An absolutely shameless lie. This study started with 15,000 documents, then pared that down to about 2200, then finally to 916 documents that were actually included in the sample. The vast majority of them were not from any of the men who signed the Constitution, or anyone who is rightly considered a founding father at all. They were newspaper articles, pamphlets (which was the dominant means of communication in those days) and such. A full 10% of those pamphlets were actually reprinted sermons, which was very common then, and the overwhelming majority of the Biblical citations found in those documents came from those sermons.

The Lutz study not only does not support the Christian Nation position, it argues strongly against it.

September 19, 2016
Another One of Klayman's Infamous Lawsuits
Next Post 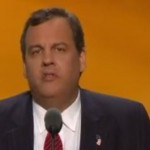 September 19, 2016 Christie Lies About Trump Dropping Birtherism
Recent Comments
0 | Leave a Comment
"This is all basically just Christianized Numerology...Need we remind you about Occult Practices go read ..."
BlueFeather Forget BC and AD. It’s now ..."
"I am thinking the same thing .It is at times like this I wish there ..."
david coxill Saying Goodbye for the Last Time
"Thanks for being so forthright."
Gary Whittenberger Supreme Court Justice Jay Sekulow?
"Just for the record, and so no one can say that I'm not mature enough ..."
S. Arch Supreme Court Justice Jay Sekulow?
Browse Our Archives
get the latest from
Nonreligious
Sign up for our newsletter
POPULAR AT PATHEOS Nonreligious
1