Glenn Beck revealed earlier this week that in the aftermath of Ted Cruz’ betrayal of him by endorsing Donald Trump, he will never endorse another candidate again and that he is considering shutting down the radio show and running for public office.

Beck said that he will never again endorse a candidate. He also revealed that he told his wife last year that he was thinking of retiring from radio and television and running for office in a future election.

“I want to pray on it,” Beck said he told his wife, “because maybe in 2020, 2024, maybe I’ll run for something … Not necessarily for president, I don’t know, but I want to prepare myself to be worthy enough to run.”

But after what he has seen, Beck said that he wants nothing to do with politics because “it’s an absolute cesspool.”

By my standard, which is wanting to see candidates who will say hilariously stupid things, you’re overqualified, Glenn. Please run. 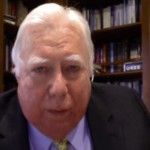 September 29, 2016 Corsi Uses Fake Polls to Claim Trump Debate Win
Recent Comments
0 | Leave a Comment
Browse Our Archives
get the latest from
Nonreligious
Sign up for our newsletter
POPULAR AT PATHEOS Nonreligious
1