For those who think it’s terribly unfair to suggest that Jeff Sessions is a racist, even after his history of racism, look no further than the fact that white supremacists are positively giddy over Trump nominating him to be attorney general. We’ll start with David Duke:

And then neo-Nazi Andrew Anglin of Daily Stormer, who minces no words at all in praising the pick:

“Of course, I was thinking of Sessions for either Secretary of State or Defense, but I think Trump is making a point by putting an aggressive anti-Black racist in as AG,” Anglin wrote. “It’s a corrective measure, after Obama turned the Justice Department into the Black Panthers.”

But even Anglin acknowledged that the very features that make Sessions an attractive pick to neo-Nazis might make Senate confirmation challenging.

“The reason he might face trouble? Because he’s a racist and most of these RINOs (Republican in Name Only) in Congress are filthy cuck traitors to the White race and the GOP,” Anglin wrote.

They see Sessions as an “aggressive anti-black racist.” They’re right. 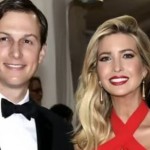 November 20, 2016 The Strange True Story of Jared Kushner
Recent Comments
0 | Leave a Comment
Browse Our Archives
get the latest from
Nonreligious
Sign up for our newsletter
POPULAR AT PATHEOS Nonreligious
1