Some Christians Freak Out Over Black Female God

There’s a new movie coming out called The Shack, based on a bestselling novel of the same name, that portrays God as an overweight black woman. The Christian is predictably freaking out over it, almost as much as the black Santa in Minnesota.

Christian leaders who have issued warnings about William P. Young’s bestselling novel “The Shack,” which portrays God as a woman and espouses universalistic beliefs, state that if the scheduled national film release is faithful to the text of the book, its distribution could “far outweigh” the harm already done to souls through the printed page.

Oh no, it’s harming souls! Whatever the hell a soul is. Won’t someone think of the spirits and the chakras and all that kind of stuff that is being “harmed” in some unspecified way by a movie?

“If the film is a faithful portrayal of the events and the theology of the book, then every Christian should be gravely alarmed at the further advance of beliefs that smear the evangelical understanding of the truth of the Bible,” James B. DeYoung, author of “Burning Down the Shack: How the ‘Christian’ Bestseller is Deceiving Millions” and an acquaintence of Young, told Christian News Network.

Apparently the Christian right has decided that “smear” means “offering a different perspective.” OMG, we’re being “smeared”! How ever shall we cope?

The film features Octavia Spencer as “Papa,” who is asked blatantly by Phillips, played by Sam Worthington, “Where were you when I needed you?” Sumire Matsubara plays the Holy Spirit, portrayed in the book as Sarayu.

“Young’s pretentious caricature of God as a heavy set, cushy, non-judgmental, African American woman called ‘Papa’ (who resembles the New Agey Oprah Winfrey far more than the one true God revealed through the Lord Jesus Christ—Hebrews 1:1-3), and his depiction of the Holy Spirit as a frail Asian woman with the Hindu name, Sarayu, lends itself to a dangerous and false image of God and idolatry,” Joe Schimmel, pastor of Blessed Hope Chapel in Simi Valley, California and host of the documentary “Hollywood’s War on God,” told Christian News Network.

Yes, a false image of God as a fat black woman when everyone knows damn well that God is a white dude (and seriously, if being omnipotent doesn’t make him privileged, nothing will). People who sit around getting upset about the physical traits of fictional characters crack me up.

December 21, 2016
White Supremacists Love Them Some Putin
Next Post 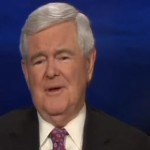 December 21, 2016 Newt: Trump Should Pardon Any Appointee Accused of Wrongdoing
Recent Comments
0 | Leave a Comment
Browse Our Archives
get the latest from
Nonreligious
Sign up for our newsletter
POPULAR AT PATHEOS Nonreligious
1