White supremacist Jared Taylor of American Renaissance did an interview with someone from the Young Turks recently and laid out his five-point plan of what he wants America to do from this point on. His answer — SURPRISE! — is that it should become a lot more white. Some highlights:

1. Taylor explained that he wants to put a hold on U.S. immigration for possibly 50 years… sort of…

“Put a hold on all immigration for the next 5, 10, maybe 50 years,” Taylor proposed. “Let the country reestablish itself as a nation and at the same time, we could give a preference to Europeans.”

2. He then backtracked by revealing he just wants the U.S. to give preferential treatment to immigrants of European descent.

“There are about 200,000 people who leave the country every year, if those were replaced by 200,000 people, some from South Africa, for example, south African whites, that would help us reach a new equilibrium in terms of what the nation should be about,” he added.

So ban immigration of dark-skinned people, but let all the whites in who want to come.

5. He revealed when he believes America was “great”

“Until 1965, the United States had an immigration policy that was clearly designed to keep the country majority white. There was nothing wrong with that,” Taylor told Byler, referencing the Hart–Celler Act.

The white nationalist also believes that if someone had told [the signers] that, in 70 years, white Americans would become the minority, “no one would have voted for that law.”

Gee, what’s wrong with being a minority, Jared? Do we treat minorities badly in this country or something? You’re just afraid that racial minorities will do to you what you’ve done to them. But they won’t. And won’t you look like an ass then? 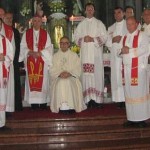 December 31, 2016
You Know What the World Needs Now? More 'Exorcists'
Next Post 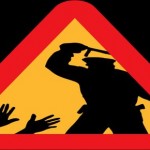 January 1, 2017 Miami Cops Fired for Joking About Using Blacks for Target Practice
Recent Comments
0 | Leave a Comment
"Donald Rumsfeld is gone. I wish you were here to weigh in on that, Ed. ..."
Silverwynde Saying Goodbye for the Last Time
"Death is nothing to fear although the process can be very scary. Sleep well."
MacNutz2 . Saying Goodbye for the Last Time
"shows your ignorance. Hanks WAS a major Satanic pedophile leader, he WAS one of the ..."
DJTNo1Fan Crokin: Tom Hanks to Be Arrested ..."
"you are correct! All these people are really ignorant or stupid."
DJTNo1Fan Crokin: Tom Hanks to Be Arrested ..."
Browse Our Archives
get the latest from
Nonreligious
Sign up for our newsletter
POPULAR AT PATHEOS Nonreligious
1