Rachel Maddow had a very detailed and powerful story about Donald Trump’s involvement with one of the most powerful leaders in Indonesia, who was caught demanding a $4 billion bribe by the world’s largest gold mining company. The two of them have worked together on a Trump golf course and resort in that country.

But the key to it all is that Trump has just given a spot in his administration to Carl Icahn, who is the largest shareholder in that gold mining company. Icahn and Trump have long been in business together on casino projects and he’s just the latest billionaire to be named to the administration. 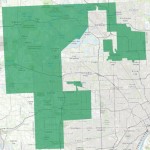