Ali Rizvi, one of the key leaders of the ex-Muslim community in the United States and Canada, has a new book out called “The Atheist Muslim: A Journey From Religion to Reason.” And he seems to have hit the big time, having it reviewed in the New York Times by none other than Kareem Abdul-Jabbar, who praises the book highly.

The oncologic pathologist Ali A. Rizvi is in the unenviable position of being in the two religious groups that are, according to a 2014 Pew Research Center study, ranked lowest by Americans: atheists and Muslims. His book, “The Atheist Muslim: A Journey From Religion to Reason,” is just what the title promises: a close look at Rizvi’s journey from his Muslim upbringing to his rejection of Islam as well as all religion. The arguments presented are thoughtful, articulate, well documented, logical and made accessible by many personal anecdotes and pop culture references.

The American minister and author Norman Vincent Peale allegedly said, “The trouble with most of us is that we would rather be ruined by praise than saved by criticism.” This is especially true when someone is audacious enough to criticize religion. Rizvi clearly wants to save the world from the ravages of irrational thinking that excuses all sorts of violence and destruction. He approaches his subject with the kind of scientist’s rationality that ushered in the Age of Reason, yet he does so also with a passion for humanity that is inspiring. Most of Rizvi’s general arguments against religion are familiar, from Bertrand Russell’s famous essay “Why I Am Not a Christian” to the popular books by the contemporary atheists Christopher Hitchens and Richard Dawkins. However, his open personality and earnestness make this book so compelling that Rizvi may well become the Dawkins or Hitchens for the millennial generation.

Rizvi’s specific criticisms of the Muslim orthodoxy as stated in the Quran are surgically accurate. He cites various passages that are either contradictory or seemingly absurd in the modern world. But this is not a moving target. For centuries we have known that the holy books of most religions have the same weaknesses. The older they are, the more they are the product of their specific time and fraught with the misinformation of that era. Rizvi’s descriptions of historical sects of Islam and their conflicts with one another are especially illuminating. He concludes that a current disagreement “would never be an issue if its consequences weren’t so deadly. In effect, it is similar to two groups fighting about whether the green or the blue unicorn is the right one.”

High praise indeed, especially coming from a practicing, albeit quite progressive, Muslim. These are important conversations to have between people as thoughtful and decent as Rizvi and Jabbar. 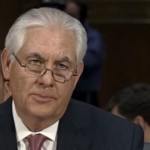 January 12, 2017 Tillerson Tries to Avoid Tough Questions on Putin
Recent Comments
0 | Leave a Comment
Browse Our Archives
get the latest from
Nonreligious
Sign up for our newsletter
POPULAR AT PATHEOS Nonreligious
1