On Martin Luther King Day, the FBI decided to express its support for the late civil rights leader for whom had at least an indirect role in murdering. This is what they put up on Twitter:

I mean, seriously. I know it’s not the same people running it, that J. Edgar Hoover is dead and all, but the FBI should at least have the good sense to just stay silent about his holiday. This is the same agency that illegally taped his phones, bugged his hotel rooms, gathered blackmail material that they then used to encourage him to kill himself so they don’t have to make it public, demonized as a communist out to destroy America. How about letting other people sing his praises? You guys should spend the day shutting the hell up or issuing apologies. 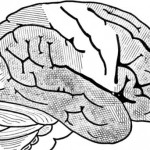 January 17, 2017
Hazing Rituals Display the Power of Tribalism
Next Post

January 17, 2017 Online Nazi Community Finds Out Founder Married a Jew. Hilarity Ensues.
Recent Comments
0 | Leave a Comment
"The Qur'an demands nothing of the sort, which you would know if you had any ..."
Wulf Nesthead Disagreeing with Seth Andrews: Islamophobia is ..."
"Health insurance is really vital."
Dr. Robert Boehland Study: 45,000 Deaths Per Year Due ..."
"If you are fond of programming, then I would like to advise you an excellent ..."
Alex Clark A Modern Day Plato?
"March Madness again....and missing Ed's basketball love and wisdom...... :-("
ChzBoi Saying Goodbye for the Last Time
Browse Our Archives
Related posts from Dispatches From the Culture Wars