Klayman Sues Obama Because a Muslim Protester Yelled at Him

Klayman Sues Obama Because a Muslim Protester Yelled at Him February 3, 2017 Ed Brayton

Larry Klayman, the dumbest lawyer in America not named Mat Staver, may be ridiculous but at least he’s consistently ridiculous. His latest lawsuit is against Barack Obama for allegedly telling a protester at an airport to come and yell at him. No, I’m not making that up.

Right-wing attorney Larry Klayman appeared on Steve Malzberg’s Newsmax program today to discuss the lawsuit he has filed against former President Obama for allegedly inciting a protestor opposed to President Trump’s ban on refugees and immigrants from several predominantly Muslim nations to “assault” him at Los Angeles International Airport over the weekend. That “assault” apparently consisted of carrying a sign and yelling at passengers.

“Someone with an Arabic accent, a female, charged at me and others in a very aggressive and provocative way,” Klayman said, “causing us fear of immediate bodily injury or death—that’s the standard for assault. She was obviously egged on by President Obama after he left office, in his private capacity, when he was giving a call to arms, in effect, to protesters to continue this mayhem and destruction.”

The only thing remotely surprising about this is that he didn’t also sue George Soros and the ghosts of Saul Alinsky and Chairman Mao. And we have yet another Klayman lawsuit that has a half-life of about 34 nanoseconds once a judge gets ahold of it. I wonder if he ever gets tired of hearing “case dismissed”? Hey Larry, once this one gets dismissed, I suggest you convene one of those “citizen grand juries” — i.e. a bunch of stupid people pretending to do something legalish — to indict Obama over it.

February 3, 2017
When Jones and Corsi Were Anti-Trump
Next Post 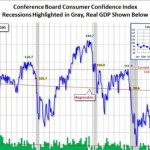 February 4, 2017 Trump Again Takes Credit for Good Jobs Report from Obama Administration
Recent Comments
0 | Leave a Comment
"OnlySky is now live: https://onlysky.media/I am adding Ed to my OnlySky authors shortcuts folder so ..."
Thomas Fitzpatrick Saying Goodbye for the Last Time
"Hi ,for anyone wanting to follow the friendly atheist on Onlysky, it will go live ..."
david coxill Saying Goodbye for the Last Time
"Oh yes.. The privilege of being called names by people who have zero understanding what ..."
Standingbear Gallups: Satan Has Convinced Christians They ..."
"I wouldn't mind idiots saying "Black Lives Matter" IF They Meant it.Clearly that is not ..."
Standingbear Gallups: Satan Has Convinced Christians They ..."
Browse Our Archives
get the latest from
Nonreligious
Sign up for our newsletter
POPULAR AT PATHEOS Nonreligious
1