From Thursday evening until Sunday afternoon, my roommate in the hospital was very nice, very funny old guy named Jack. He had undergone surgery for bladder cancer but was relentlessly upbeat and cracking jokes constantly. We poked fun at each other a lot and cracked up the nurses and techs. But this also involves religion…

Jack didn’t try to proselytize me at all, but his family was here a lot and they did a lot of praying together. His pastor came in on Friday and they all prayed together and talked about Bible study. I didn’t say anything at all, of course; the hospital is not the place to start a religious argument and I had no desire to have anything but a jovial relationship with him. But it made me think again something I have thought before, which is that there is a sense in which I envy people like him.

He would casually say things to his family like, “I’m not worried. God is in control.” And he truly believed it. And there are times when I envy that sense of peace brought on my by what I like to refer to as evangelical Xanax. I’m full of anxiety over on this side of the room and he’s light as a feather on the other side. I know it isn’t real, of course, and I couldn’t make myself to believe it even if I wanted to. You can’t just choose to believe something you aren’t convinced of (or at least, I can’t).

But I think it’s important to recognize that this is a primary appeal of religious belief. And that’s why when I hear other atheists just fire off these ridiculously simplistic explanations for religion — “it only exists to control people” — I get irritated. Having that sense of peace is powerful and it’s a remarkable benefit of religion. So for those who were raised with it, who’ve never really given it the kind of thought necessary to test it, there’s a very good reason why they continue to believe in it (indeed, not thinking about it too much only helps maintain the fiction). 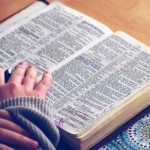 February 21, 2017 Neil Carter on the Old Testament Atrocities
Recent Comments
0 | Leave a Comment
Browse Our Archives
get the latest from
Nonreligious
Sign up for our newsletter
POPULAR AT PATHEOS Nonreligious
1